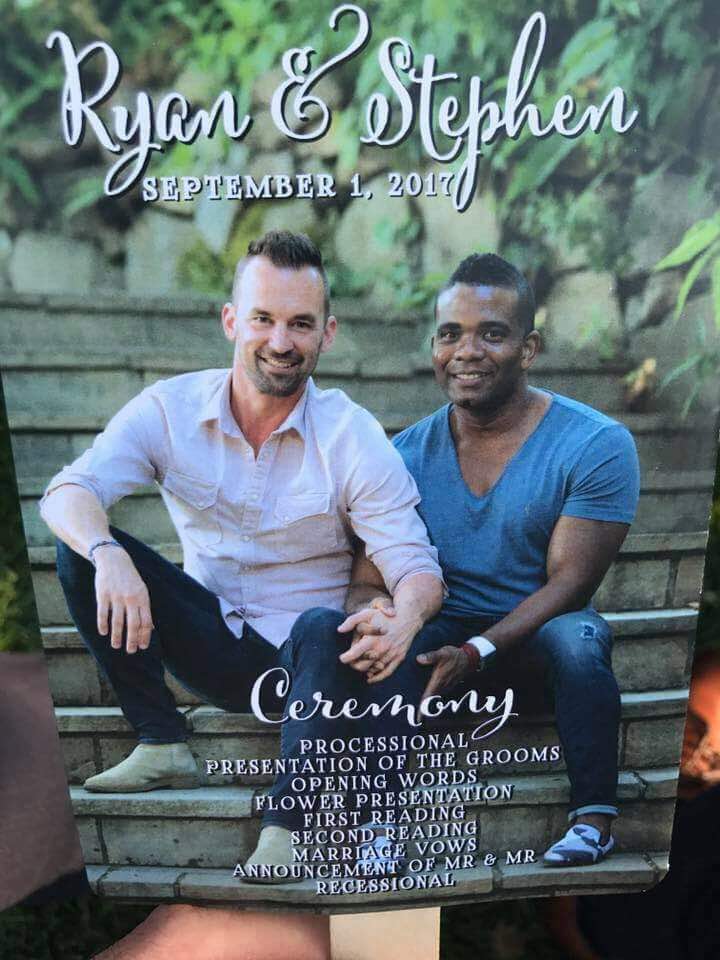 Stephen Kabutey Ofoi Caesar, who is reportedly a former school prefect of Achimota School has married his gay partner in the United States.

Photos and videos from Stephen’s civil union marriage to his American boyfriend, Ryan have surfaced on the internet.

This comes on the back of parliament’s clear attempts to impose stricter laws against homosexuality in Ghana.

Stephen was once a school prefect at the Achimota School between 1993/1994 and also host of Smash TV, an entertainment program on Metro TV, YEN.com.gh reports. 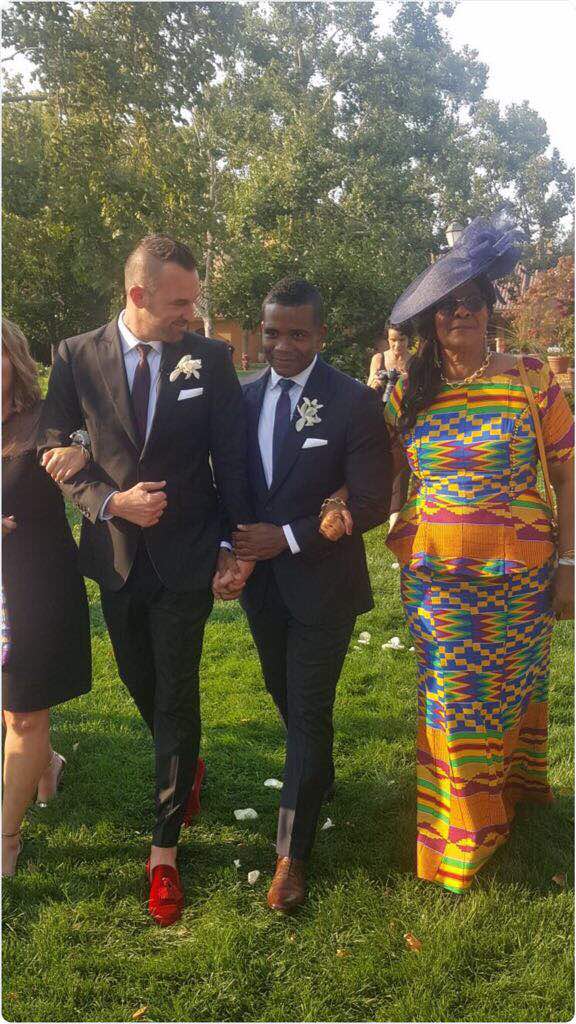 Homosexual act is already illegal in Ghana. People found guilty of committing such acts are liable to face not more than three years in prison. 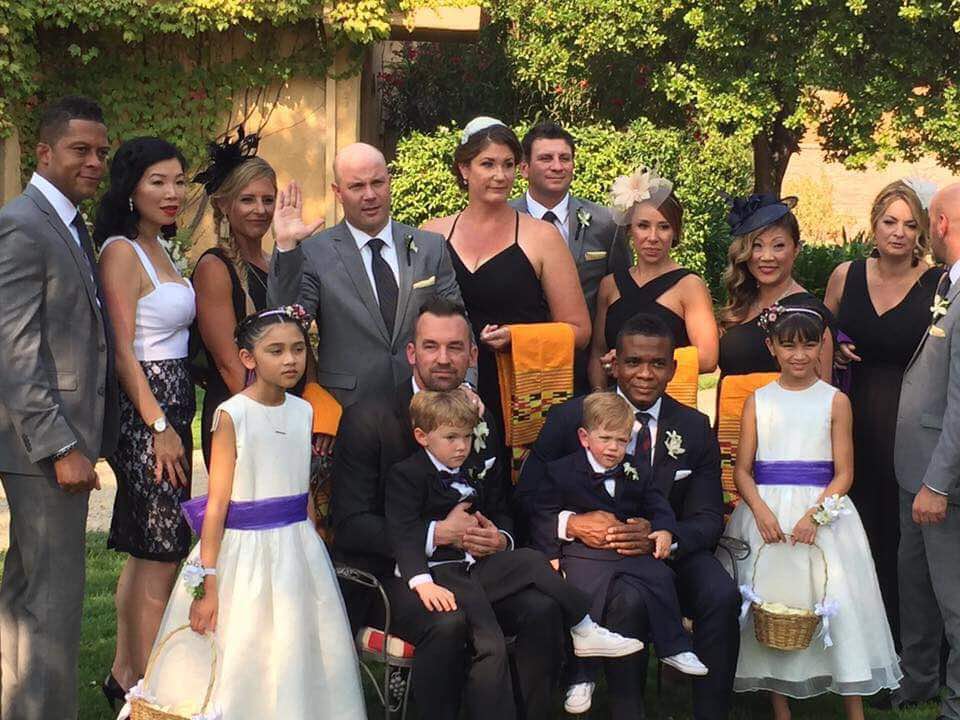 Section 104 of the Criminal Code, 1960, as amended by The Criminal Code (Amendment) Act, 2003, provides that whoever has unnatural carnal knowledge of any person of the age of sixteen years or over without his consent shall be guilty of a first degree felony and shall be liable on conviction to imprisonment for a term of not less than five years and not more than twenty-five years. In other words, this applies when someone rapes another person of the same gender. 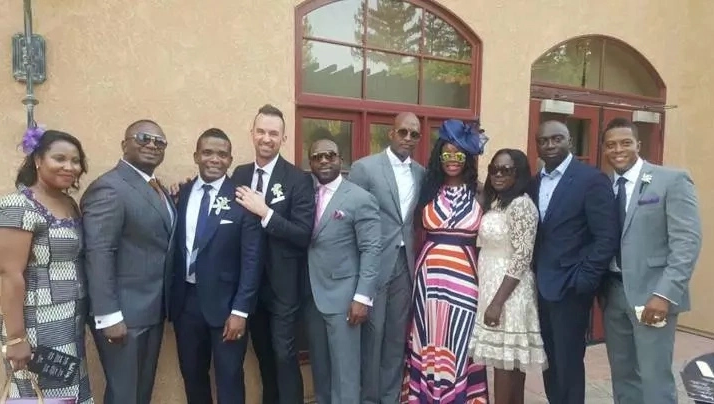 However, whoever has unnatural carnal knowledge of any person of sixteen years or over with his consent is guilty of a misdemeanor which is punishable by imprisonment for not more than three years.