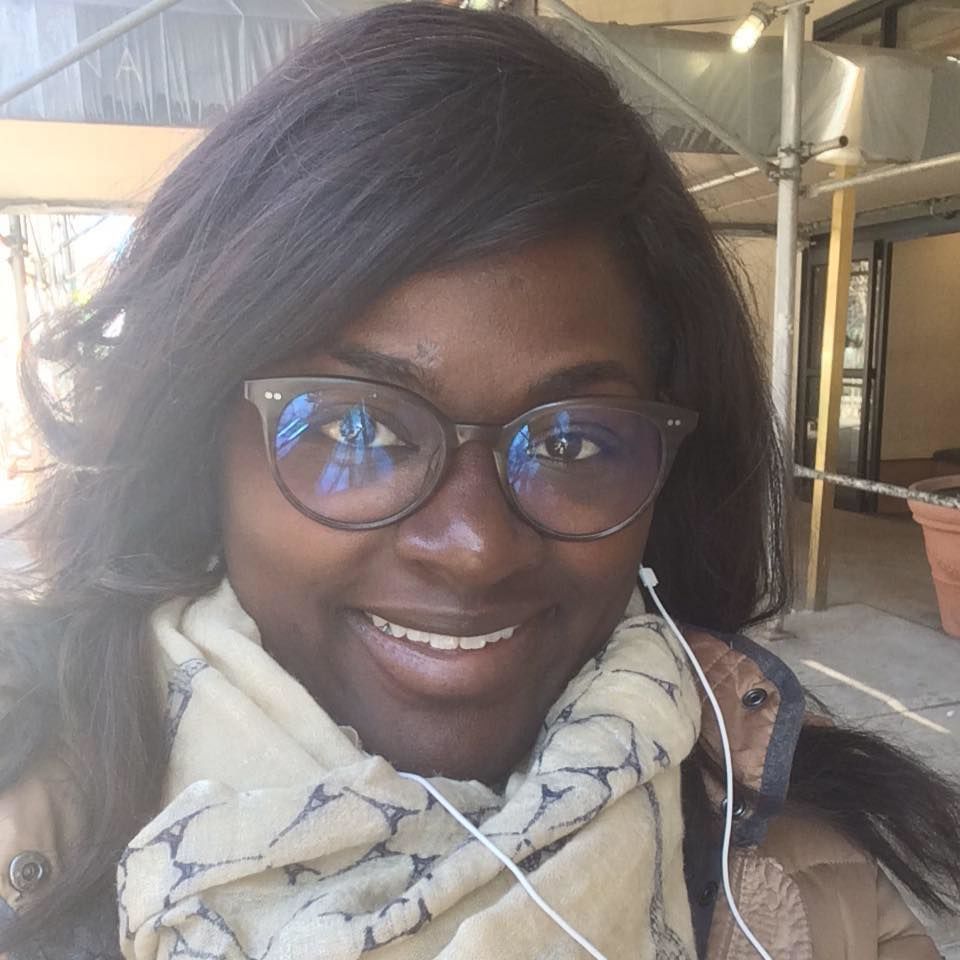 For those of us who have lived in Africa all our lives, we don’t get to experience it that much but when our people travel out, they are hit with their stark realization that they have a different skin tone and as such they get in inferior treatment.

Akua Gyekye, a Ghanaian who lives and works in London has had to endure racial slurs and treatment while on board a connect KLM flight from Rwanda to London.

See Also: This Is Why You Can’t Use #GhanaMustGo On KLM And Air France Flights; It Ain’t Because You Are Cheap

Akua was flying business class on her way back to London from a business trip to Rwanda. The flight was connecting through Amsterdam so once the KLM flight landed, she was waiting for other passengers to disembark before she follows suit.

While waiting, this drunk white man who flew economy came close to her, pushed her, attempted to kiss her and when she prevented that from happening, he went ahead to heap racial slurs on her.

“This drunk man assaulted me this morning on my KLM flight from Kigali to Amsterdam. He was drunk, pushed into my physical space, tried to kiss me, called me an asshole and said (I should get back to the bush!)”, Akua wrote in a Facebook post.

As this despicable incident occurred, Akua said the crew of the KLM flight were present but they failed to intervene. The inaction of the crew also makes them complicit.

“The crew stood back and did nothing,” Akua said.

“If the position was reversed,” she tells OkayAfrica, “And I was a blonde, young woman and if the guy was maybe Arab or black, came from economy to business class and physically assault me, the crew would’ve done something. The fact that the crew didn’t do anything on the plane or when I spoke with a KLM representative and the police at Amsterdam airport makes me upset, because I do think that’s different [treatment] than what other people would get.”

Since the incident happened, her attempt to get the KLM officials and even Amsterdam police to take up the issue has proved futile.

That’s so much for a world where all humans are supposed to be treated equal.

However, after the KLM Twitter account was tagged in a tweet about Akua’s ordeal, KLM responded by saying “We take these allegations very seriously and will launch an internal investigation in order to be able to come to a resolve. We have advised everyone who has contacted us regarding this matter, to please encourage the passenger to contact us directly via any of our platforms, as we want to solve this issue.” 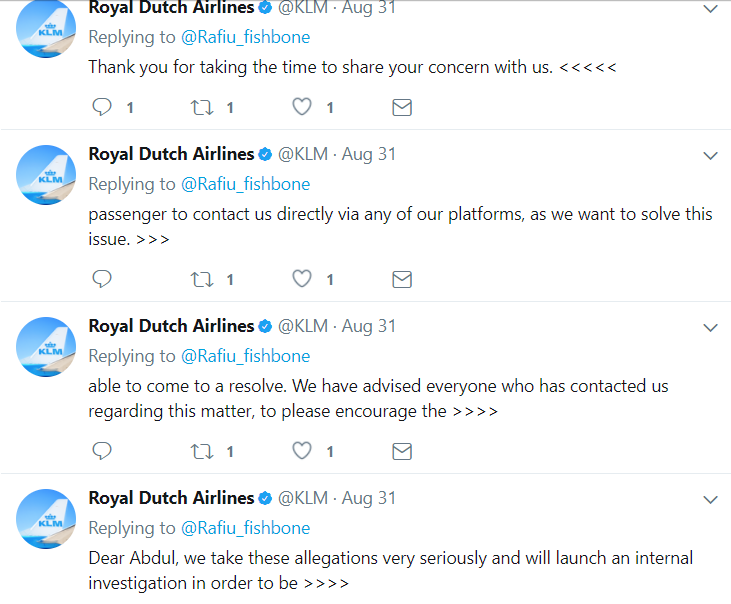