Over the years, Wanlov has capitalized on the power of social media to push his music and reach a wider audience. Though most of his music is regarded as controversial, they nonetheless, challenge societal norms or what we at least regard as norms. 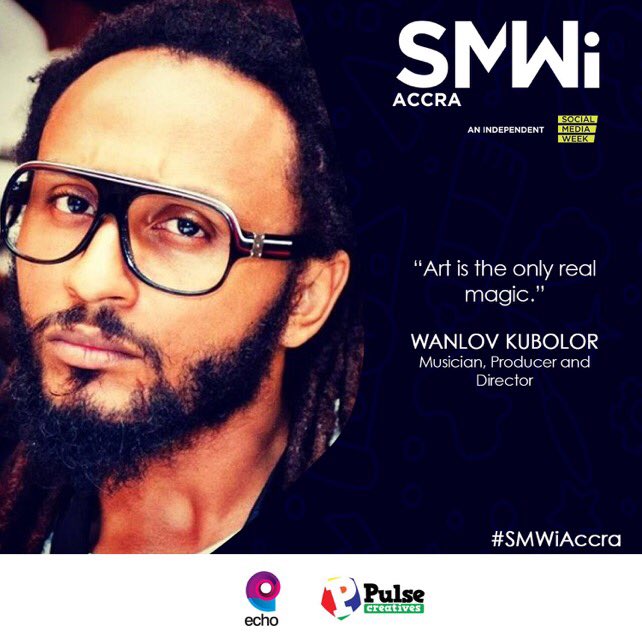 As a result, there is always a social media storm whenever he releases a song either as Wanlov or with Mensa as the FOKN Bois.

Mutombo Da Poet, in a similar way, also uses social media to generate a following with whom he shares his creative pieces with. 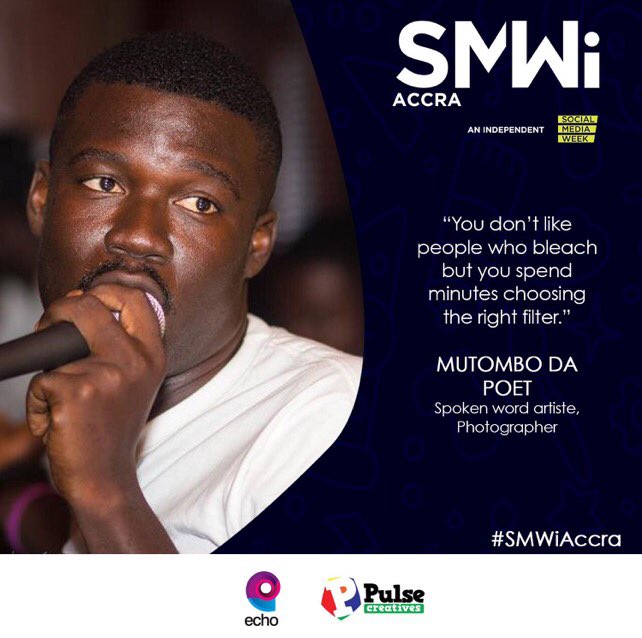 Though these two create two different art forms, their common denominator is the power of social media behind their success.

Mutombo, however, admits that social media is a distraction to him, but in a conversation with Social Media Week Accra, both him and Wanlov do agree that creative people do need to build strong social media presence while choosing a platform that supports their art forms.

SMWiAccra: Guys, when you hear ARTS, what’s the first thing that comes to your minds?

MutomboDaPoet: I mean it depends. But since I’m in Ghana, I will put this question in that context. First thing that comes to mind is ‘Long way to go!’. Arts isn’t just for entertainment, but arts should be for changing wrongs, challenging whoever and holding people accountable. These we fail at. So arts in Ghana has a very long way to go.

SMWiAccra‏: Looking back at what arts used to be before social media and now, what are some of the changes you’ve seen?

MutomboDaPoet: Everybody thinks they are an ‘artist’ now because of a free and easy medium where people can hear or see your stuff. It’s now easy to allow the people to hear your stuff because of social media, which is very amazing and dope. Payola is gradually going down because if you have even a 1000 real fans following you on let’s say twitter, that is something. Also artists don’t take their time to create because of the hunger to feed fans. In the past when it was just TV/Radio, it was different. These are but a few…

MutomboDaPoet: Also brands want to use you and not pay.

MutomboDaPoet: For me social media is usually a distraction because it keeps me from doing what I have to do. I’m able to fight it at most times though. Oh as for social media dier, it affects my creativity. When I’m supposed to be writing or recording or something, I’m reading tweets. This is the only negative way social media affects my creativity. I also know artists who feel they have to create frequently because of a free outlet and mostly end up releasing bull.

Wanlov: I feel less disciplined and feel I rush my art now because I have an easy ready hungry outlet

MutomboDaPoet: But you are skilled, I hate using the word ‘talented’ but yeah, you are talented. No matter how ‘rushed’ your work is, they come out nice…

Wanlov: Thanks, but in my mind I know how I really envisioned it

MutomboDaPoet: …it’s not the same for most of these artists. Most of the works I hear now are terrible and that’s the reason I have blocked my ears.

SMWiAccra‏: In sharing one’s art on social media, do you think people should prioritize where they share their arts?

MutomboDaPoet: Yeah people should, depending on the kind of art. I can’t tell a visual artist to make a platform like twitter his primary channel. I’d rather tell him to make Instagram his main platform before the rest follow. Because on Instagram people get to see their works ‘easily’. Same way, I will tell for e.g., a journalist to use twitter because of the nature of their work. Etc. But ‘chale’ the platforms are many, artist should see which one fits and go with it. Priority should be given though depending on their art form.

Wanlov: Yes…on the platforms they have the most active followership

SMWiAccra: What’s your opinion on nude photography or nude arts?