Attention guys, the women are bashing y’all on Facebook.

To be fair, they are not bashing all men, just the stingy ones. 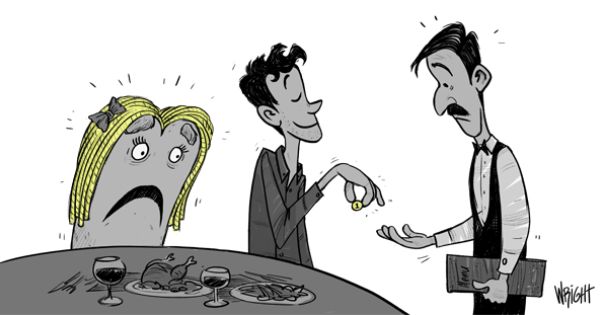 You know, those men who don’t like to spend even a Pesewa but they are the ones who want to teach you how to spend your money?

These women, in their quest to find love got themselves involved with the men who will not buy them anything but they will always expect the women to pay all the bills.

Now that those women have had enough sponsoring the stingy a** of those men and they are calling them out on Facebook.

#Stingy_Men_Awareness is the new #MenAreTrash

Many thanks to Francis Kennedy Ocloo for using his Facebook account to provide a platform for these women to share their rather bizarre dating experiences with stingy men.

Here is the lady’s story

The sister who has a man always eating Fufu and ‘Angwa Mu’ uninvited, should watch out.

I was dating a man from this tribe (withheld) – stinginess was what?

The first sign was when he bought tilapia, that I grill for him.

Can you imagine? He selected only three tilapia for me to grill among a dozen fresh ones and carried the rest home.

When he came, I deliberately gave him all the three grilled tilapia. To my amazement, he carried ALL AWAY. My sisters and mom who were equally amazed cautioned me to be careful. I ignored.

I go to his house and cook for him sometimes.

In our three years of dating, not even a perfume or handkerchief was bought for me. He was always taking from me. Sometimes he says has no money for fuel, so I gave him coupons.

I loved him and so I was kind of blind. But my sisters’ guys were always generous to them.

Someone was always taking from me. Bottom line, the relationship didn’t work, after a soul searching. He WAS A LEECH.

He got married. The marriage broke after two years. The wife who is a childhood neighbor recounted that it was the same stinginess and abuse that broke the marriage.

God used tilapia test to save me. Please share to sisters to create awareness. A man who doesn’t give freely is a disaster.

We know the guys too have a different side of the story. Guys, what is like dating a girl who don’t like to spend and expects you to pay for everything?