Grace Mugabe, 52, is the wife of Zimbabwe’s long time President Robert Mugabe who has now been accused of assaulting a model in Johannesburg, South Africa with an electric cable.

Grace Mugabe is in South Africa with her husband who is attending a regional summit.

South African police have put a “red alert” on the country’s borders to prevent any attempted flight by Zimbabwean first lady Grace Mugabe.

The red alert was issued after police failed to locate the Zimbabwean First Lady. However, report indicates that Grace Mugabe has asked for diplomatic immunity in the case though she has not been charged yet.

The alleged victim, 20-year-old Gabriella Engels, has accused Mugabe of barging into a hotel room on Sunday where Engels was waiting to meet one of Mugabe’s sons, and whipping her with an electric extension cable. 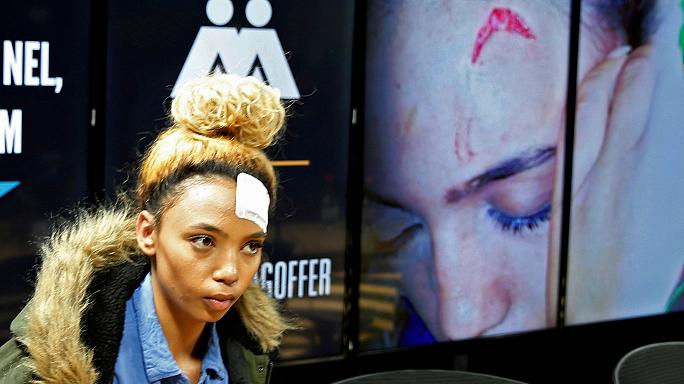 She had been due to appear in court on Tuesday afternoon under a deal struck with authorities but failed to turn up, police said.