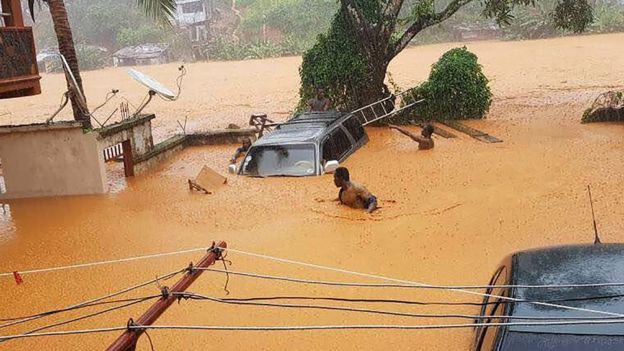 That’s because more than 300 people have been killed in mudslides and flooding near Sierra Leone’s capital, Freetown.

A hillside in the Regent area collapsed early on Monday following heavy rains, leaving many houses covered in mud. 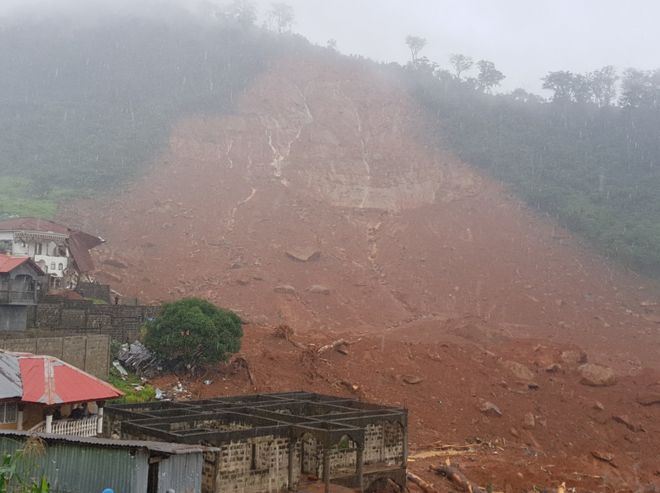 A BBC reporter at the scene said many people may have been asleep when the mudslide occurred.

The number of casualties is expected to rise. Locals were reportedly trying to recover bodies from the rubble and mud with their bare hands.

Red Cross spokesman, Abubakarr Tarawallie, told the BBC that at least 100 properties had been submerged and that some had collapsed after a section of Sugar Loaf mountain came down.

A Sierra Leonean disaster management official, Candy Rogers, said that “over 2,000 people are homeless” as a result of the mudslide in the Regent area, AFP reports.

Mr Rogers said a huge humanitarian effort will be required to deal with the aftermath of the flooding.

Flooding is not unusual in Sierra Leone, where unsafe housing in makeshift settlements can be swept away by heavy rains.

The rains often hit areas in and around Freetown, an overcrowded coastal city of more than one million people.