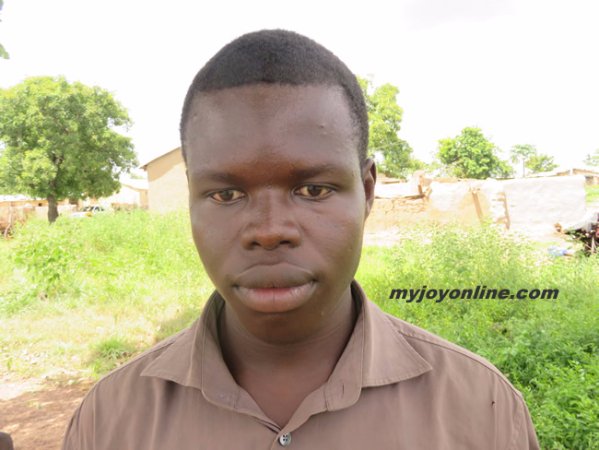 Kuulpeeps, we know y’all are pretty occupied with one University of Ghana boy and the number of girls he has allegedly had sex with but this guy’s story is also pretty awesome.

Tubare Kolah completed the Nandom Senior High School scoring A1 in six out of the eight subjects he wrote despite harsh financial challenges and a lack of education-enhancing opportunities.

He scored A1 each for Biology, Elective Mathematics and Physics and B2 in Chemistry in the West African Secondary School Certificate Examination (WASSCE). 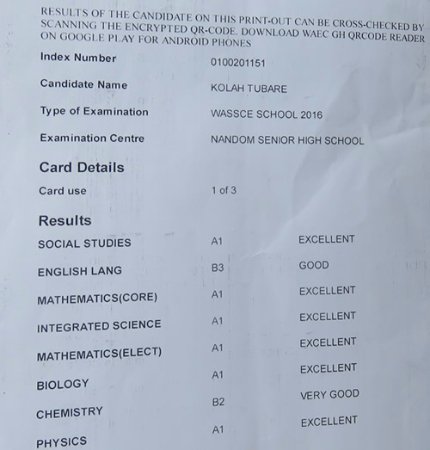 Twenty-year-old Tubare’s mother was driven out of marriage when he was three months old.

Tubare’s mother, Hawa Kolah, had married in Baabli in the Upper West Region and when her husband died, customs demanded that she marry her late husband’s brother. 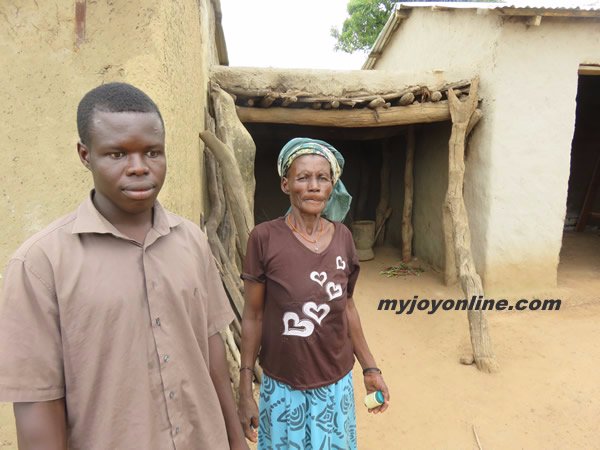 As part of that custom, however, it was a bad omen to give birth to a boy as the first child in the second marriage. Unfortunately, however, her first born in that marriage was a boy and she was driven out of that marriage.

According to a report from Manasseh Azure Awuni, Tubare’s mother struggled to pay for her son’s education.

He was often sacked from school and had to endure difficult conditions just to get through JHS and SHS.

After his story come out, Ashesi University College has awarded a scholarship worth $50,000 to Tubare to undertake a four-year engineering programme at the university.

The scholarship covers his full tuition and any other amenities needed to successfully undertake the degree programme.

Director of Admissions and Financial Aid at Ashesi University College, Araba Botchway, says apart from tuition, Tubare will also be given accommodation, feeding, pocket money and a laptop computer for the duration of his course, Myjoyonline reports.