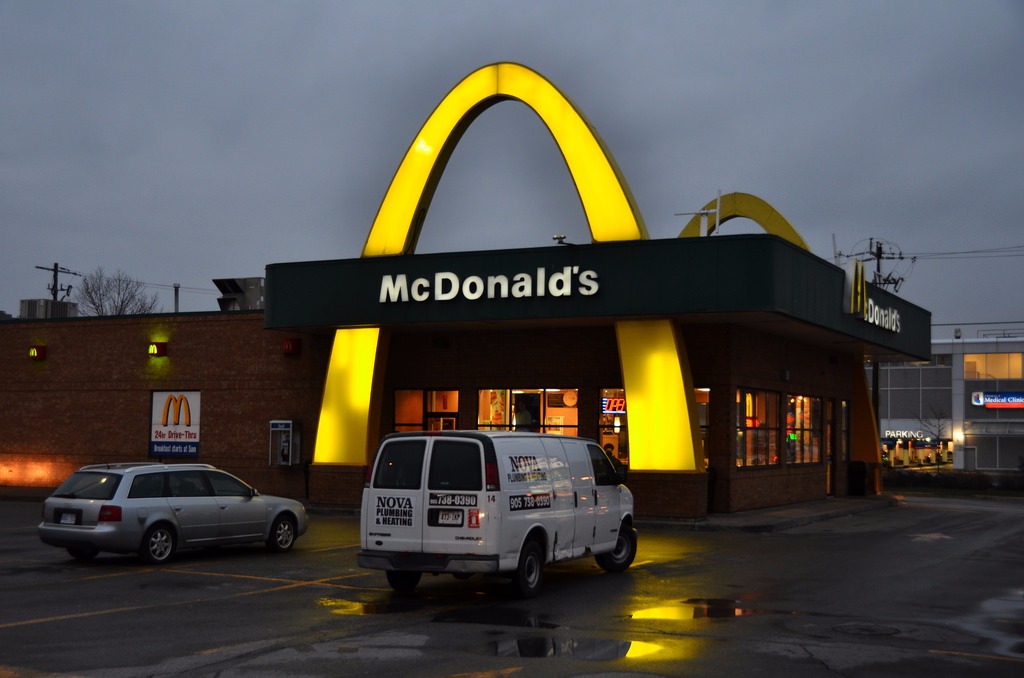 Time no dey, we’re always on the move. We have changed from spending hours in the kitchen to buying fast foods.

Now, it’s seems there is no time to waste when you want to get laid!

And how convenient it is to do it in a restaurant that specializes in making fast foods?

Police in the United States are looking for a woman who was accused of performing oral sex in the middle of a McDonald’s dining room in broad daylight.

According to The Smoking Gun, Christine Alana Chafin, 37, performed the sex act on Conrad Jablecki, 30, at a McDonald shop in May.

Jablecki and Chafin were charged with indecent exposure, open lewdness and disorderly conduct.

When a McDonald’s employee saw Jablecki and Chafin taking part in their tryst, the worker “kicked them out of the restaurant” and called cops, according to a Pennsylvania State Police report.

Recently, Jablecki appeared in court and was released on his own recognizance; however, Chafin failed to show up for her July 21 arraignment, which led a Common Pleas court judge to issue a bench warrant for Chafin’s arrest.