An Uber driver called Abass should have thought twice before sending a threatening SMS to a customer who canceled her trip.

Unfortunate for Abass, the customer he sent the life threatening SMS to is the sister of Mabel Aku Baneseh.

Mabel Aku Baneseh is a journalist who writes for the Daily Graphic. She is a well-known Uber supporter and often uses their services though she drives her own 4×4.

Since winning the Best Journalist Award in 2014, she has become an opinion leader on social media, largely on Facebook.

She has used her platform to get keep companies honest in the past and now she has her eyes on this Uber driver who threatened her sister.

“Never think you are going to get it easy for making me drive here and wasted fuel. I’m going to deal with you spiritually. I give you 3 days and you will learn from that,” Abass sent to Mabel’s sister.

“He threatened my sister in the afternoon for cancelling a trip due to his continuous inability to locate her. She has been billed 5 cedis for the cancellation but your driver will have none of that,” Mabel said in her Facebook post.

“As you can see, he has given her three days to live. She will lodge an official complaint with the police. But then, I feel very embarrassed by your driver’s behavior. Why? I’ve used this platform to woo more customers for you because of the professionalism exhibited by your drivers in the past.”

“Now, how do you expect me to feel when my friends and followers return with a similar or worse complaint? What kind of training are you giving the drivers?” she asked. 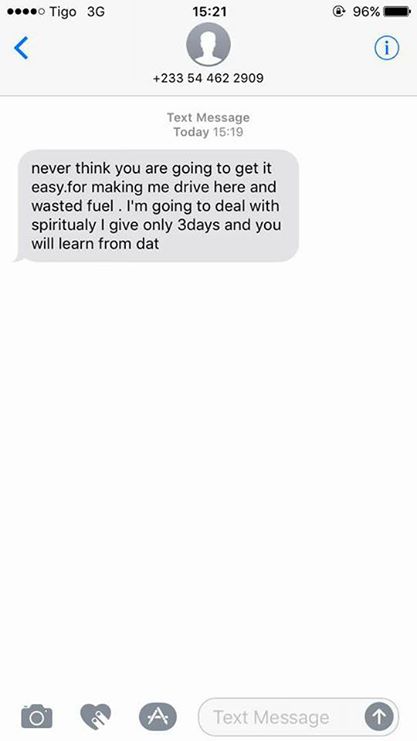 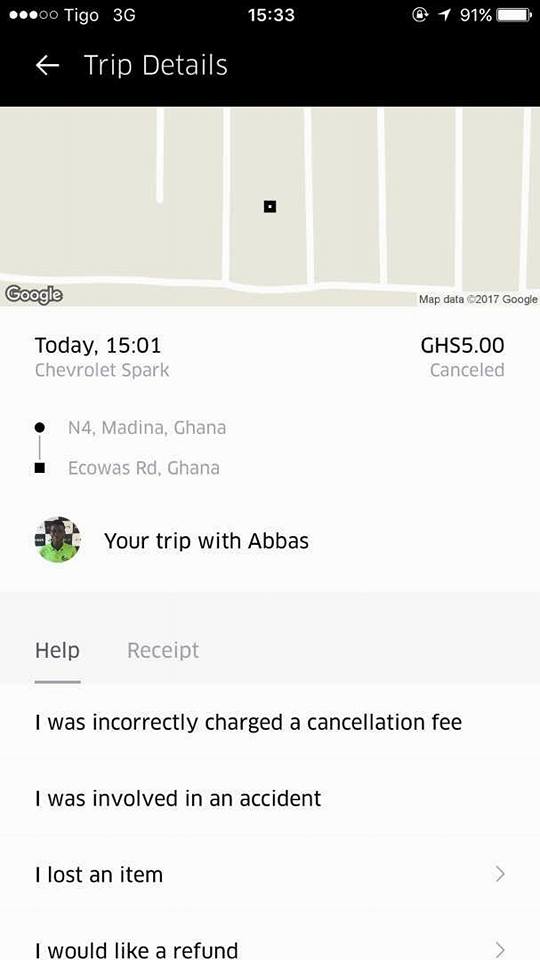