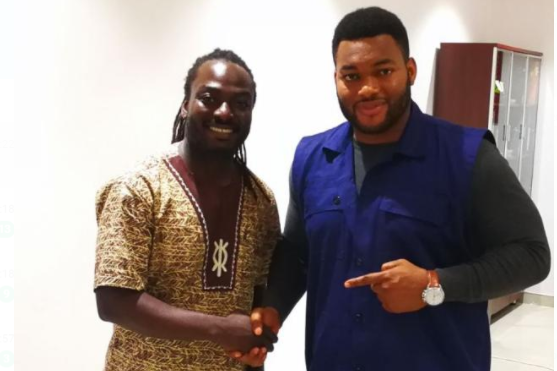 The management team supporting Nicholas Donkor, the guy who drove 6,000 miles from Paris, France to Accra, Ghana say they are in talks with Kantanka Automobiles to seal a deal for Nicholas’ next trip.

See Also: Meet Nicholas Donkor: The Guy Who Is Driving From Paris to Accra

After completing his 9-day trip to Accra, Nicholas told Kuulpeeps in an interview that he hoped to work with the Ghanaian owned automobile company.

If he is chosen as the brand ambassador for Kantanka Automobile, Nicholas will then embark on a return road trip from Ghana to South Africa while driving a Kantanka vehicle.

See Also: Nicholas Donkor Has A Super ‘Kuul’ Reason For Driving From Paris To Accra

This comes after a rather positive meeting with the Chief Executive Officer of Kantanka Automobile, Kwadwo Safo Jr.

Nicholas is expected to set off in September and as per his planned route, he is likely to visit about 12 countries.

His trip expected to boost Kantanka brand awareness in Africa.

Meanwhile, Nicholas’ team wants other companies to support his next planned trip to South Africa.