“It is outrageous and grossly offensive that my DNA could be auctioned for sale to the general public,” singer says in court papers

A judge halted an auction featuring 22 items previously belonging to Madonna, including a breakup letter she received from Tupac Shakur, after the singer filed an emergency court order. 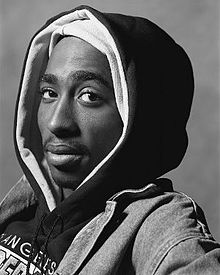 A previously worn pair of Madonna’s underwear, a hairbrush containing the singer’s hair, a handwritten letter disparaging Whitney Houston and Sharon Stone and other personal items were also part of Gotta Have It! Collectibles’ music-themed auction, which was scheduled to begin Wednesday until Madonna filed court papers asking that the protested items be removed. Other items, including tour costumes and the singer’s jewelry, remain available to bid.

“The fact that I have attained celebrity status as a result of success in my career does not obviate my right to maintain my privacy, including with regard to highly personal items,” Madonna said in court papers (via The Hollywood Reporter). “I understand that my DNA could be extracted from a piece of my hair. It is outrageous and grossly offensive that my DNA could be auctioned for sale to the general public.”

See Also: This Is What Tupac’s Love Letter To Madonna Actually Says

The 22 contested items were part of a larger collection belonging to Darlene Lutz, Madonna’s former friend and personal assistant for over 20 years. A pre-auction estimate on the letter from Tupac was $400,000. Other items included unseen private photographs, cassette tapes and more.

“Madonna and her legal army have taken what we believe to be a completely baseless action to temporarily halt the sale of Ms. Lutz’s legal property,” a representative for the auction house told Rolling Stone Tuesday.

See Also: Jada Pinkett-Smith Slams “All Eyez On Me” Biopic For ‘Reimagining’ Her Relationship With Tupac Shakur

“We believe that her intent is nothing more than to besmirch the good reputations of the auction house and Ms. Lutz. Madonna’s allegations will be vigorously challenged and refuted in a court of law in due course. We are confident that the Madonna memorabilia will be back listed in a future Gotta Have Rock and Roll online auction once the legal proceeding is concluded.”

A rep for Madonna did not immediately reply to a request for comment.