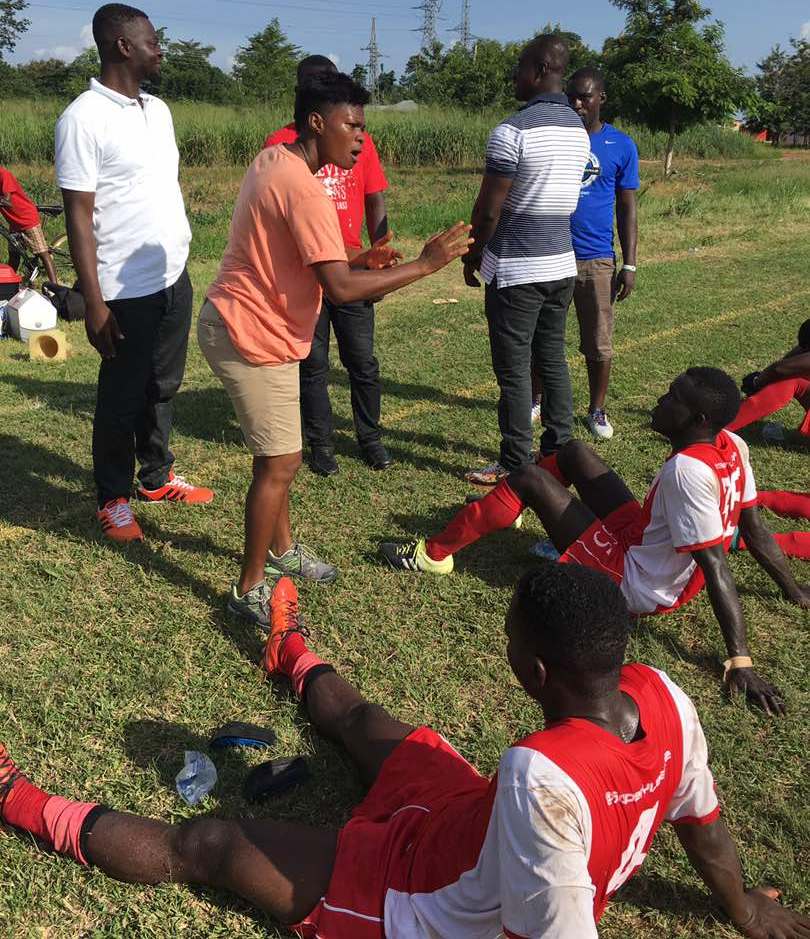 The 26-year-old graduate of the University of Education, Winneba, coaches Division Two Club, DC United based in Sunyani, the capital of the Brong Ahafo Region.

Mavis took interest in coaching while pursuing her Bachelors in Physical Education at the university which earned her a CAF C level coaching license.

She reportedly began her coaching career as an assistant coach with DC United in 2016, and in less than a year she was made a head coach.

Mavis recently told FIFA she is determined to change the trend in Ghana where men coach both the men’s and women’s football teams.

“If you want something, you don’t go to where it is easy to obtain it. You go where obtaining it is a challenge. You challenge yourself to the highest level. That is why I wanted to coach a men’s team,” she said.

DC United is reported to have made positive moves on the league log since Mavis took over the team’s head coach job.

She is determined to coach a national team in future and has begun taking courses to upgrade to CAF B level coaching license.