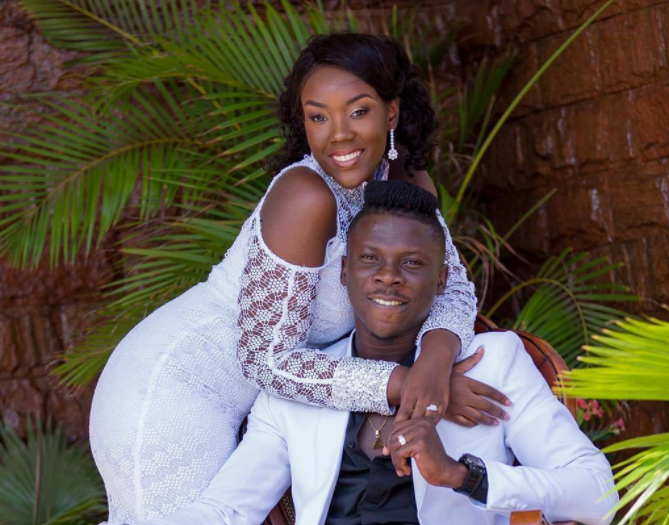 Bhim Nation isn’t getting its Prince or Princess after all, at least not as soon as earlier reports had suggested.

When that news broke, Stonebwoy just laughed it off. Never confirming or denying the story.

He also didn’t show he was angry at the false report.

Why should you be angry if you can stop a rumor with a class act?

Dr Louisa might have been fed up with reports that she was pregnant, so she relied on an old saying to do all the talking for her.

Have you ever heard, a picture is more than a thousand words?

There is no need for a long press statement denying you are pregnant when a single photo can do all the talking for you.

Dr Louisa posted a photo of herself in a purple mid-sleeve blouse and a black and white striped trousers with her father.

Her body fitting blouse did not leave room for you to imagine the size of her stomach.

Unless, she is one of those women whose pregnancy stays hidden untill the very few weeks to delivery, Dr Louisa’s stomach certainly did not show any signs that she is “heavily pregnant” as it was reported.

The face you make when you are reading fake news about yourself!!