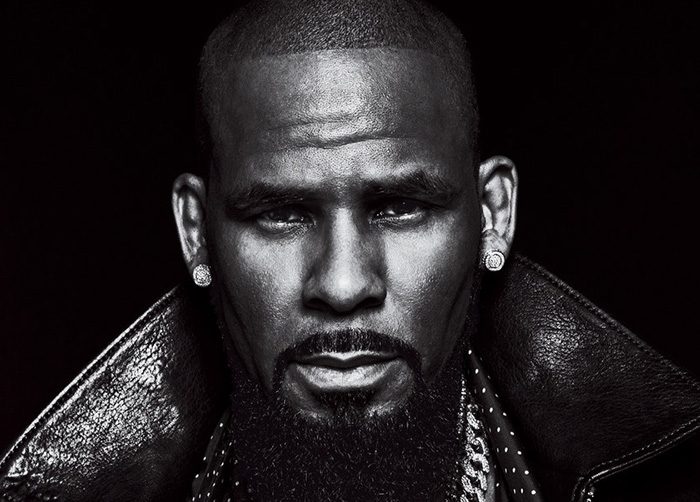 Several parents have come forward claiming singer R. Kelly is holding their daughters against their will in an alleged “cult”-like atmosphere.

Buzzfeed News reported the story, which focuses on one specific set of Georgia-native parents by the names J. and Tim who claim they haven’t seen their 21-year-old daughter in months after she started living with Robert “R.” Kelly to focus on her music career. (BuzzFeed News said they verified the parents’ and daughter’s identities and full names in public records, but is withholding the alleged victim’s full name and her parents’ last name to protect their privacy).

According to the report, Kelly met the teenage Georgia singer backstage at an Indio, Calif., concert in 2015 (when she was 19). From there, he began inviting her to more shows and promised to help her with her singing career. She continued spending time with him after she moved away to college and eventually moved in with him, leaving school all together, her parents explained.

J. told Buzzfeed that around the same time she decided to stop going to school, her daughter began forwarding her calls to voicemail and would only text occasionally. At one point. Kelly even got on the phone himself to tell J. and Tim that their daughter was OK, denying anything was wrong.

Eventually, they lost almost all contact with her. She texted them on Christmas and texted J. on Mother’s Day, but the parents say the last time they saw her was on Dec. 1, 2016.

“It was as if she was brainwashed. [She] looked like a prisoner — it was horrible,” J. told Buzzfeed News. “I hugged her and hugged her. But she just kept saying she’s in love and [Kelly] is the one who cares for her. I don’t know what to do. I hope that if I get her back, I can get her treatment for victims of cults. They can reprogram her. But I wish I could have stopped it from happening.”

According to Buzzfeed News, police have done several well-fare checks on the Georgia singer who continues to tell officials that she’s “fine and did not want to be bothered with her parents.” Law enforcement has also been unable to find any evidence of wrongdoing.

Two Florida parents—who are going by the names Angelo and Theresa—say they are going through something similar.

Three other sources—Cheryl Mack, Kitti Jones and Asante McGee—all claimed to have once been part of Kelly’s “inner circle,” telling Buzzfeed News that the singer manipulates these women into believing he’s in love with them. Therefore, he coerces them to fall to for him in return and follow his every rule.

Mack, Jones and McGree claim that six women live in properties rented by Kelly across Chicago and Atlanta suburbs. They say he controls every aspect of their lives: from what they eat to how they dress to even when they shower, sleep and use the bathroom. The women allege he also forces the girls to participate in sexual acts, which he films.

They claim Kelly calls the women “babies,” and they are required to call him “Daddy” and must ask his permission to leave the Chicago recording studio or their assigned rooms in the “guest house.”

Mack—who worked as Kelly’s personal assistant for over a year in 2013—said women in Kelly’s “entourage” initially think they’re going to live with Kelly and have “a lavish lifestyle.” She continued, “No. You have to ask for food. You have to ask to go use the bathroom. … [Kelly] is a master at mind control. … He is a puppet master.”

Mack and Jones both alleged that if any of the women broke the “rules,” they were punished either physically or verbally.

McGee said she never saw Kelly physically hurt or hit anyone, but she also claimed he’s running a “cult” and manipulated her emotionally and sexually.

“R. Kelly is the sweetest person you will ever want to meet,” McGee told Buzzfeed News. “But Robert is the devil.”

Kelly’s lawyer, Linda Mensche, responded to Buzzfeed News’ report saying, “We can only wonder why folks would persist in defaming a great artist who loves his fans, works 24/7, and takes care of all of the people in his life. He works hard to become the best person and artist he can be.”

She continued, “It is interesting that stories and tales debunked many years ago turn up when his goal is to stop the violence; put down the guns; and embrace peace and love. I suppose that is the price of fame. Like all of us, Mr. Kelly deserves a personal life. Please respect that.”

E! News also reached out to Atlanta and Chicago police officials who both said no victims have come forward and information is limited.