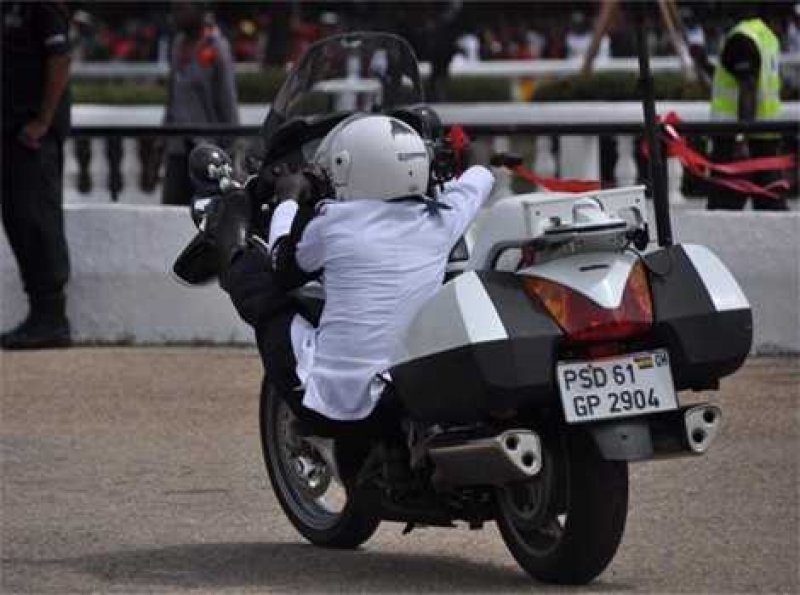 There was a news report today concerning the use of sirens.

Ghana Police is saying they are giving all of us one week ultimatum to deactivate all our sirens and horns that we use to dodge the traffic in town.

(In effect the whole of this week you can use the sirens and horns and they wont do anything to you…….SMH)

Now that list specifically states only six people are allowed  to use their sirens and guess who is not among………………….

Members of Parliament and Ministers 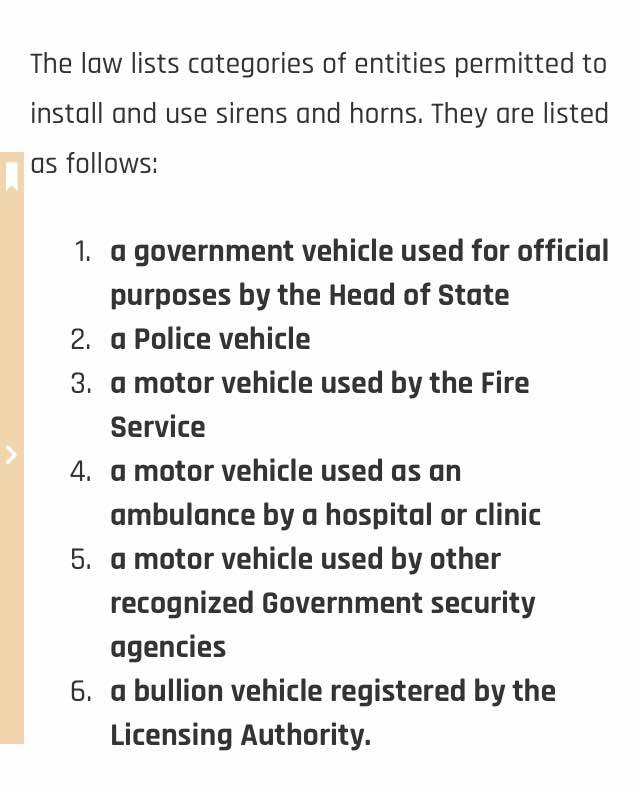 We decided then to clear all of our doubts and we spoke to Lawyer Justice Abdulai.

According to him, when it comes to the Road Traffic Regulations, the Police have the full authority and so they can use their discretion to authorize people outside the stated list to use sirens.

This he explained, could only be done with a police escort. This just means that if you are not part of the official list but you have police escort to your destination then you can use the siren.

He said this was also to give all those people some sense of security given their status in society.

The Police should probably come out with another statement to outline these “extra” authorities so that we all fully understand who to pick on when we here another piiiiiiiii without police escort.