So, Meek fans already know he will be dropping his new studio album, Wins and Losses, July 21 and of course, we are all jamming to the released single off the album, Issues. 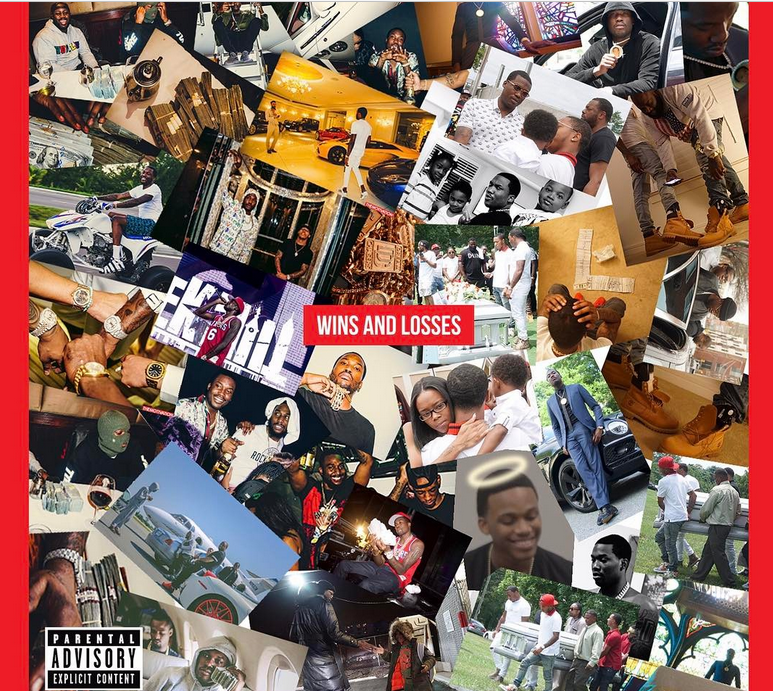 The album will have 17 songs and has features with Young Thug, Future, Chris Brown, Quavo, Lil Uzi Vert and more.

He’s even set to premier an accompanying film which will be in 2 parts with Part 1 premiering on Monday, 17TH July.

Now what made us sit up is one of his recent post on Instagram where he shows a screenshot of the origin of most of his followers.

It’s the caption that had us looking twice at the post. 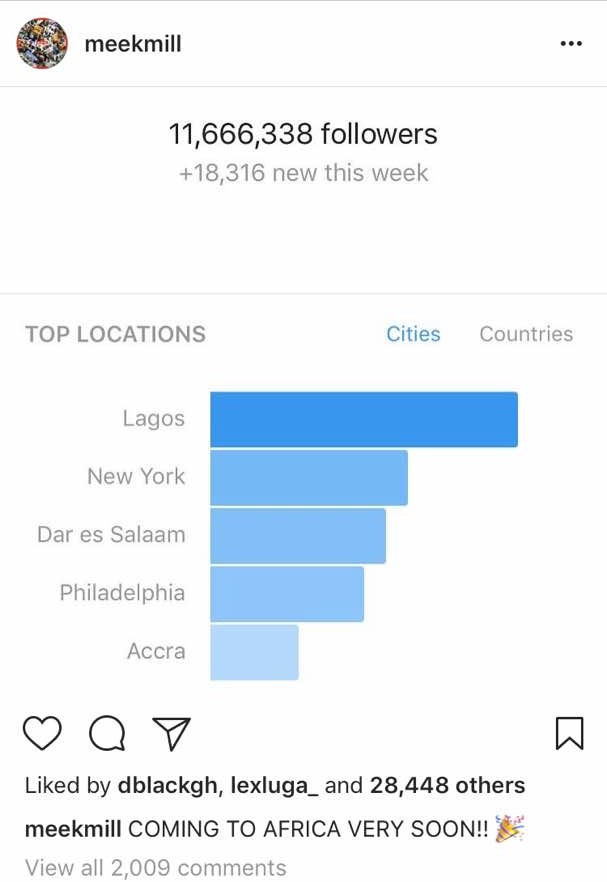 should we start getting excited?

How soon is SOON??

Is it too early to start preparing to travel to Nigeria soon for a Meek show??

Better still… will he pass through Accra as well? Because… well, we ARE on the ”list”