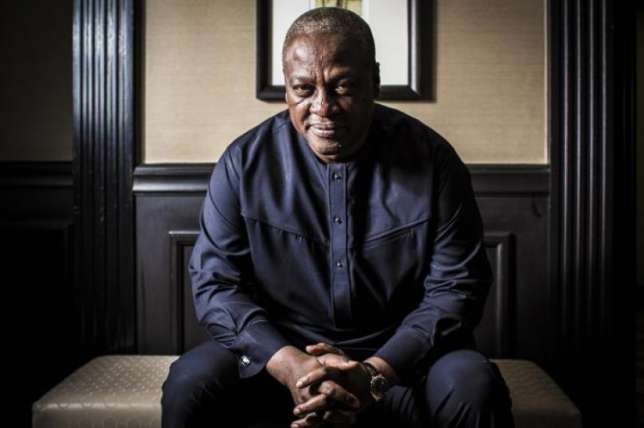 Since the gruesome murder of Major Maxwell Mahama, former President John Dramani Mahama has developed a much stronger relationship with the family he left behind.

The former president is said to be a distant relative of the deceased military officer and since his passing, he has pledged to care for his wife, Barbara and the two sons he left behind.

He seems to be keeping true to his words.

Yesterday, John Mahama posted some photos on his Facebook captioned: “With my ‘grand’ nephews and their mother, Barbara, during a visit to their Burma Camp home this afternoon to find out how they were doing. #RIPMajorMahama #OneGhana.”

See the photos below: