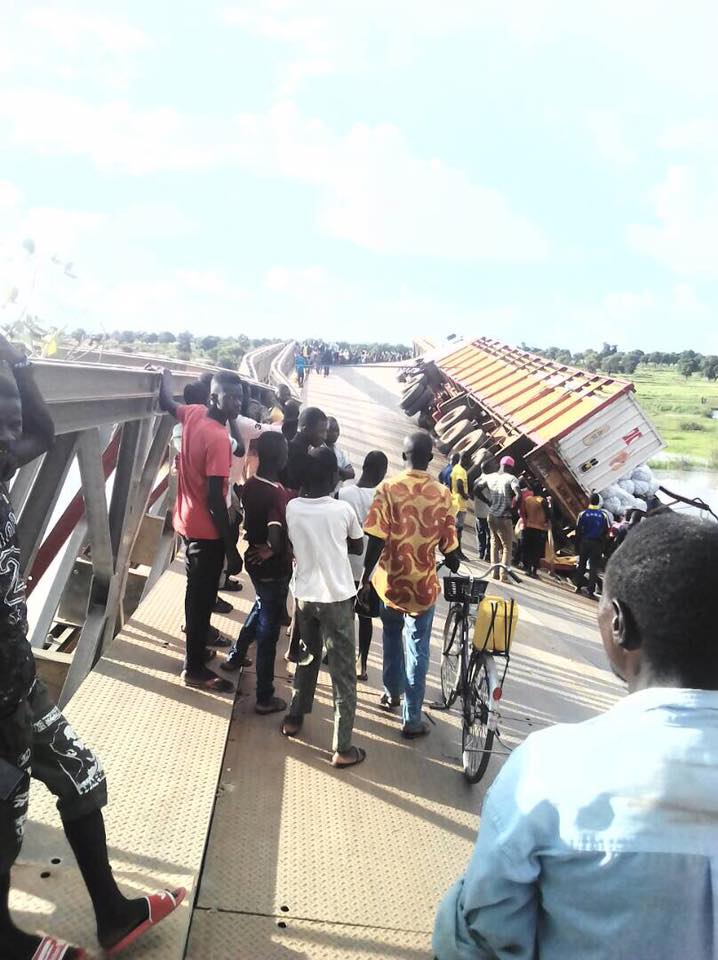 An articulated truck carrying about 1,000 bags of soya beans and other foodstuff dangerously tilted on its side when a steel bridge it was plying on collapsed at Garu Tempane district of the Upper East Region on Friday.

Many residents from Bawku and Garu plying the road are stranded and frustrated at the condition of bridge though an alternative route has been created for vehicles and travelers.

The bridge was rehabilitated in 2007 after heavy floods destroyed the bridge and other properties in the area.

However, since it’s rehabilitation 2007, it has not had any routine checks.

Government is said to be in the process of sending engineers to the site to assess the situation.

Some residents attributed the collapse of the bridge to the number of heavy trucks that uses the bridge to reach the Tamne Dam project construction site.

Tamne dam is an irrigation dam which government starting constructing in July 2016.