Beyoncé has broken Instagram records with the first picture of her twins Sir Carter and Rumi, which has entered the most-liked Instagram pictures in just a couple of hours.

Here is the rest of the top 10

This natural looking shot from Gomez, captioned “my favourite sweatshirt,” was posted towards the start of 2015

Before the twins, this picture of Beyoncé with her baby daughter Blue Ivy was the singer’s most popular Instagram post

This picture shows Instagram darling Taylor Swift with flowers from Kanye West. The two have a somewhat fractious relationship

This 2015 photo of socialite Kendall Jenner (of the Kardashian family) was the most popular Instagram photo of all time. It features the Keeping Up With The Kardashians star lying on the floor with her hair in heart formations.

Popstar and actress Selena Gomez is the most followed star on Instagram. This was one of her most popular photos of 2016

Another one form Gomez, who shared this black and white photo of herself backstage with a young fan in 2016 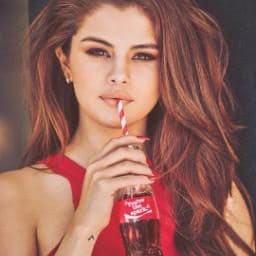 Popstar and actress Selena Gomez’s sultry star was not only one of the most liked pictures, it was also a huge success for coke, which sponsored the picture