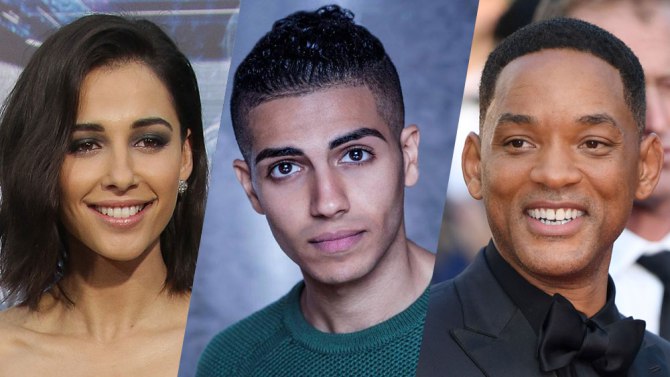 Disney has officially found its Aladdin, Jasmine, and Genie for the live-action “Aladdin” remake. The three cast members were announced at the D23 Expo on Saturday.

The House of Mouse may have been having problems finding its titular Aladdin for the remake of the 1992 animated classic prior to D23 this weekend, but the same cannot be said for Jasmine and Genie. Naomi Scott has officially been cast as Princess Jasmine, while Will Smith will be taking on the Genie. Relative newcomer Mena Massoud has also joined the cast as Aladdin.

The original animated movie was a comic take on the Arabic folk tale of a young man granted three wishes by a genie trapped in a lamp.

“Aladdin” was the highest-grossing film of the year in 1992, and won Academy Awards for best score and best song for “A Whole New World.”

Scott was most recently seen as the Pink Ranger in Saban’s “Power Rangers.” Smith can be seen next in Netflix’s fantasy actioner “Bright.” He is repped by CAA and Overbrook Entertainment.