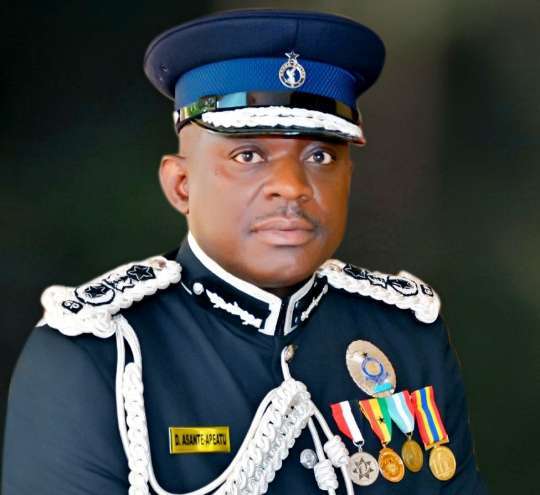 The Inspector General Of Police has placed a 10,000-cedi bounty on the head of two assailants who gunned down a police officer in broad day light at Lapaz on Thursday.

The Police have already launched a manhunt for the two and investigations are underway to establish who the two are and what their motives were.

The two, believed to be armed robbers, shot the unarmed community police officer, Daniel Owusu, multiple times, killing him instantly while a second officer, Dzibril Alhassan, was shot in the hand and leg.

Alhassan was rushed to the Police Hospital and the Police say he is in stable condition.

Inspector General of Police, David Asante-Appeatu who announced the bounty on Friday, expressed concerns about the rate at which police personnel in the country were being killed in the line of duty by criminals.

He said anyone who provides credible information that would lead to the arrest of the two daring assailants would be rewarded with GHC10,000, adding details of the bounty would be spelt out by the Public Affairs Directorate of the Police in due course.

You can watch it below: