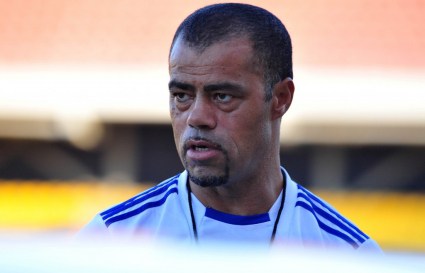 The Head coach of Kumasi Asante Kotoko is reportedly in critical condition at the Komfo Anokye Teaching Hospital after the bus of the team crashed into a stationary car Wednesday night, leaving the team’s assistant equipment officer dead.

The coach, Steve Polak, was returning to Kumasi with the players and officials of the club when their bus was involved in an accident at the Nkawkaw stretch of the Accra-Kumasi highway at about 9:45pm.

See Also: #PrayForKotoko: The Team Has Been Involved In An Accident

Polak, the team manager, Godwin Ablordey and driver Berchie are said to be in critical condition at the Komfo Anokye Hospital.

The deputy equipment officer of the club, Thomas Asare, has been confirmed dead in the accident.

Coach Polak and Ablordey are responding to treatment but the driver is in an unconscious state, TV3 reports.

Meanwhile, the Ashanti Regional Minister, Simon Osei Mensah, his deputy, Elizabeth Agyemang and some officials from the Kumasi Metropolitan Assembly have visited the accident victims at the hospital.

They presented GHC10,000 to cover the hospital bill and promised to defray all the other expenses.

Mr Mensah sympathized with the team and fans of the club. Head of operations at Kotoko, Ernest Owusu Ansah, commended the officials for their quick response.