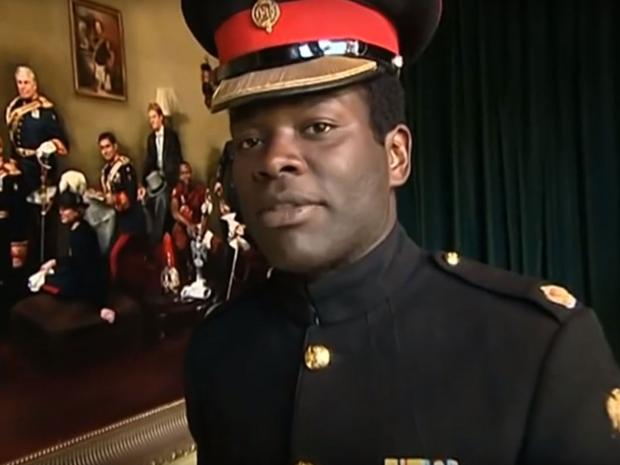 A new personal assistant selected by the Queen is to become the first black equerry in British history.

He joined the Blues and Royals to become the first black British Army officer commissioned into the Household Cavalry and acted as escort commander for the wedding of the Duke and Duchess of Cambridge in 2011.

In the same year, he commanded the Blues and Royals taking part in the Queen’s birthday parade.

He lives in London with his wife, Joanna Hanna-Grindall, who works as the Victoria and Albert Museum’s corporate partnerships manager.

Speaking on film for a documentary on Britain’s open and democratic society, Major Twumasi-Ankrah said: “As a young child, watching the her majesty the Queen’s birthday parade on television, I would have never imagined that one day I’d command the regiment which I’d fallen in love with.”

He added: “From where I sit and from what I’ve seen in the UK, our cultures really do mix and intermingle, and if I’m not a good example of that I really don’t know what is.”

Major Twumasi-Ankrah is currently in a transition phase with the current equerry Wing Commander Sam Fletcher and will take over fully by the end of the year.