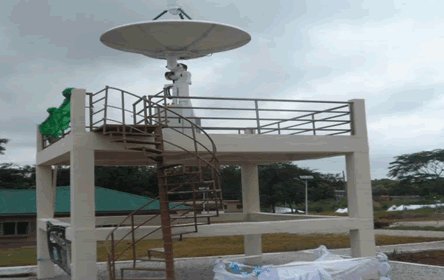 The Earth Observation Research and Innovation Centre (EORIC) of the University of Energy and Natural Resources (UENR) has inaugurated a US$1.2 million COSMIC-2 Satellite Ground Station (GS) at its Sunyani campus.

The GS, funded by the United States of America (USA) National Oceanic and Atmospheric Administration (NOAA) and the Taiwan National Space Organisation (NSPO) is for weather monitoring in the Tropics and it could predict or forecast weather for four days ahead.

It is the only one in Africa and among eight others in Taiwan, Guam, Hawaii, Honduras, Brazil, Kuwait, Mauritius and Australia “to receive improved atmospheric data that promises to increase weather forecast skill”.

Mr Richard Ullman, COSMIC-2 Programme Manager said “The NSPO would be operating a spacecraft, FORMOSAT-7 from their command station in Taiwan and the United States is responsible for organising the international partnership of ground stations.”