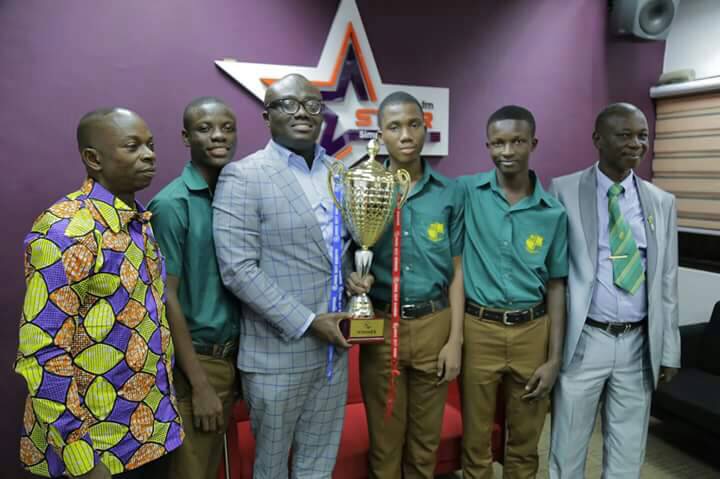 This years National Science and Maths Quiz has been very interesting. Prempeh College after being emerged winners of this years edition of the NSMQ, have had bragging rights on all other schools. Well, they are the reigning champions so what can we say.

The contestants have toured a little with their title. They have visited old boys of the college including former president John A. Kuffuor and other prominent people as well.

On 5th July, the contestants were live on Star FM and Bola Ray promised to raise an amount of GH 50,000 for the winners of the NSMQ2017. That sounds great right? I am very sure next years will be very bloody.

Currently, the 2001 year group donated an amount of GHS 5,000, KSM donated GHS 1,000 and other benevolent people also donated some amount of money that raised about GHS 25,000.

Very impressive work by Bola Ray and the Old Boys of Prempeh College.

COVID-19: Ghanaians React To The Suggestion To Re-Introduce Schools Under Trees