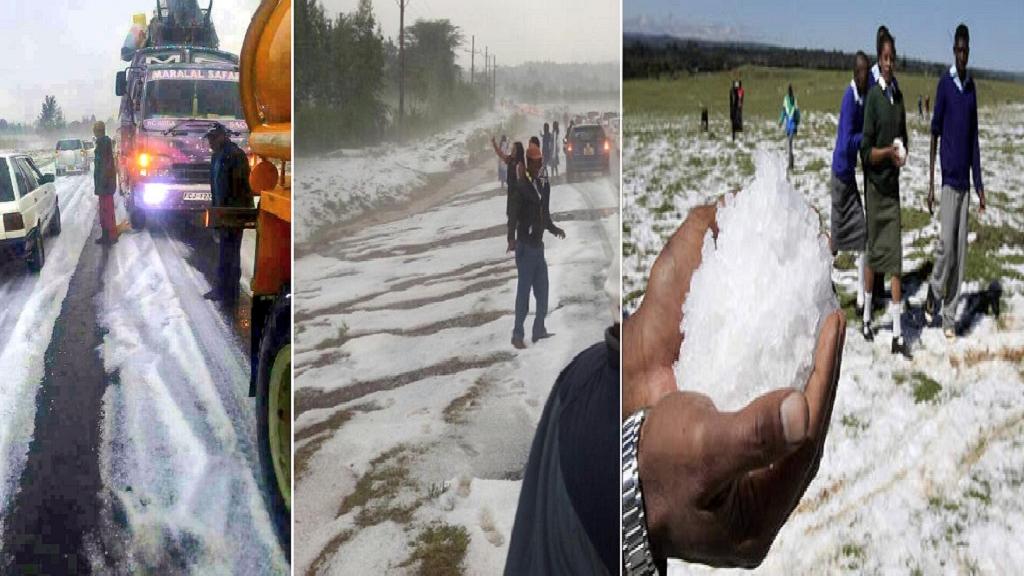 Kenyans, earlier this week, took to social media to celebrate a rare case of ‘snow’ falling in the East African country.

Photos and videos shared on social media showed whitish substance on the streets of the town of Nyahururu located in the country’s Laikipia County.

The Kenyan Meteorological Agency, however, clarified and explained that the incident was a case of rare hail storm and not snow. ‘‘For it to snow temperatures are usually below 0°C,” they explained.

However, others we also quick to bring in Climate Change and take a jab at Donald Trump who doesn’t believe in climate change theory.

Snow rarely falls in Africa but on mountains in South Africa, the Maghreb and on Tanzania’s Mount Kilimanjaro. However, hailstones do fall sometimes in southern Africa when the temperature hits record lows.