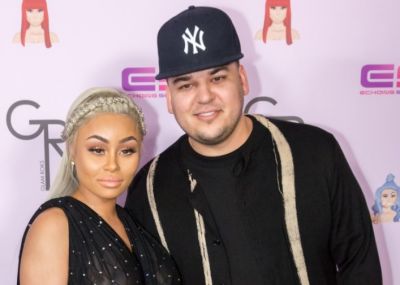 Just in case you are wondering why you are not getting Instagram updates from Rob Kardashian, then it’s because of his tirade against his baby mama, Black Chyna.

Rob sent a series of posts on Instagram accusing Chyna of cheating on him in the bed they shared and in the house he is paying for.

That didn’t stop him though, Rob quickly hopped to Twitter to continue his public lashing against Chyna.

See Also: Here Is What Blac Chyna Had To Say After Rob’s Shots On Instagram

A lot of people have been on Rob’s case; calling him a cry baby.

Even Snoop Dogg had his on take on the issue.

But Rob is not the only celeb who has taken to social media to call out their Ex.

Selina Gomez famously defended fans of her ex, Justin Bieber after he threatened to make his Instagram private.

She left a comment on Bieber’s photo saying, “If you can’t handle the hate then stop posting pictures of your girlfriend lol – it should be special between you too only. Don’t be mad at your fans. They love you and supported you before any one ever did.

But Justin Bieber hit back

Calvin took a jab at Taylor Swift when he felt his Ex was trying to “tear him down” after their breakup.

Enjoy the low down below:

Rob Kardashian’s Instagram was shut down after he posted disturbing rants and nudes of his ex Blac Chyna pic.twitter.com/WnxyZt479w