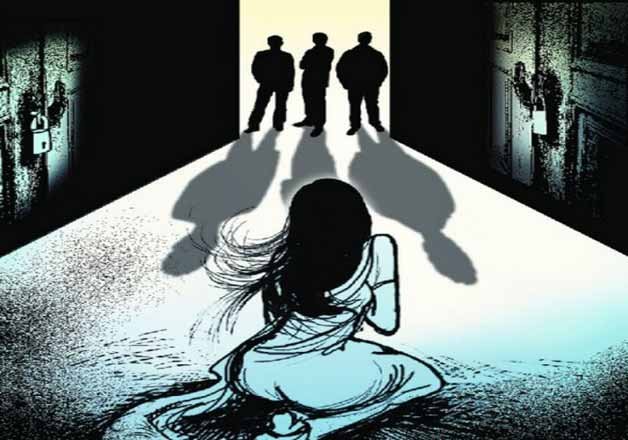 A 15-year-old girl was allegedly sexually assaulted sexually by four school boys at Awutu Bontrase in the Central region Tuesday.

According to reports, the victim was seen lying on her back while four boys, between the ages of 15 to 18 took turns to have sex with her at a guest house in the area.

Distraught mother of the victim, Mary Amoaquandoh told Adom News that her daughter was drugged by a substance called ‘Blue Blue’ before being gang-raped.

She explained that the gangsters trailed the girl who was returning home from an errand and deviously offered to escort her home since it was late in the night and the unsuspecting girl accepted his offer.

However, the boys lured her to a guest house and offered her a drink and when she became drowsy, they raped her.

Madam Amoaquandoh said her daughter has developed complications in her reproductive organ and is currently undergoing treatment.

Father of the victim, Kwesi Mensah said three of the boys have been arrested and one is currently on the run.

Meanwhile the Awutu Bontrase police officers who confirmed the arrest to Adom news said, the matter is under investigation.