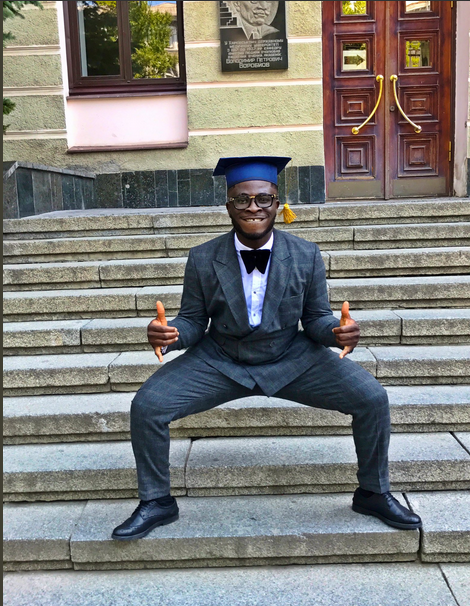 Medicine and comedy may seem like a crazy mix but the famous Nigerian Comedian; Emmanuel Ugonna Iwueke popularly known as CrazeClown, is proof that you can do anything you set your mind to.

The ‘Doctor-Comedian’, in an Instagram post, revealed how he had to struggle to get to where he finally was today.

In his insightful post, he recounted the story of how he had to write JAMB multiple times until he finally gained admission to the University of Ghana, Legon but then, had to dropout due to his family’s financial shortcoming.

In looking for a cheaper alternative, he was finally able to pursue his dream course; Medicine, in Ukraine.

From posts from his friends on social media, CrazeClown struggled to pay his own fees, almost got expelled and was threatened with deportation in his 3rd year because he couldn’t write his finals.
Despite all of these hurdles, Emmanuel is now a Doctor in Medicine and everyone can’t help but wish him all the best in his future endeavors.