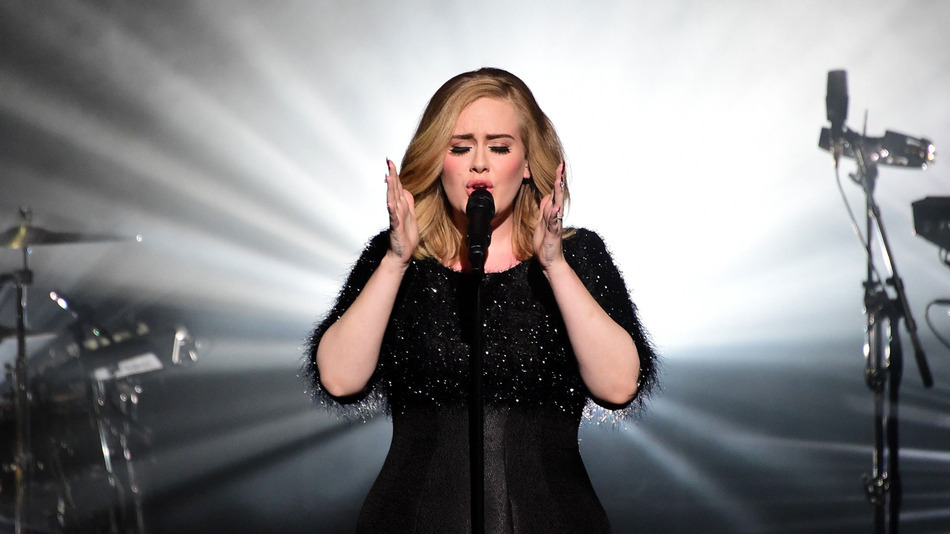 Adele has treated her fans with her amazing voice since she went global with a beautiful track, “Someone Like You.”

For the most part, her voice has been her signature and so you can guess how devastated she might feel when she damaged her vocal chords.

After receiving medical advice, Adele is saying goodbye to the stage and live performances.

The 29-year-old singer has been on the road since 29 February last year, performing one sold-out gig after another to her adoring legions of fans.

There have been plenty of memorable moments along the way – and plenty of bad language too. According to The Sun, her Wembley date earlier this week contained 56 swear words.

Here are five classic moments that ensured it wasn’t just her vocals that her fans went home remembering.

The time she scolded a security guard

If Adele’s fans want to stand up to watch her sing, they can damn well stand up.

It’s a lesson one steward at Melbourne’s Etihad Stadium learned to his cost in March this year for conduct that saw him get an ear-bashing from the main attraction.

“Excuse me sir, I know you work here but can you stop telling people to sit down?” she can be heard saying in one fan video.

“This is a music show,” she continued. “If people can’t see, then they can stand up.”

The time she tore a strip out of celebrity magazines

While performing at the ANZ Stadium in Sydney, Adele found time to attack magazines for speculating about her private life.

Her diatribe, captured on Twitter, singled out “those terrible trashy gossip celebrity magazines”.

“I can’t even read them anymore because they’re normally writing [nonsense] about me,” she went on – using a slightly different word to nonsense. “I swear to God it’s all lies.”

The rant came just a few days after a concert in Brisbane in which she casually confirmed she had married her long-time partner Simon Konecki.

The time she freaked out over a mosquito

Brisbane was also the location for the memorable moment when Adele lost her cool over a rogue mosquito.

“There’s a bug on me!” she was seen screaming in one YouTube video. “I’m sorry, I’m not Australian – I don’t like bugs.

“It was sucking my blood!” the singer went on. “They’re everywhere, they’re all trying to kill me! Oh my god, how embarrassing.”

Adele was in more forgiving mood while performing in New Zealand, enlisting the aid of an audience member to shoo some beetles off the stage.

The time she spoke about having another baby

Adele is usually tight-lipped about her private life off stage. On it, though, she can be an open book.

While performing in Nashville in October, for example, she was hilariously candid about her plans to give her son Angelo a sibling.

“My son is about to turn four very, very soon,” she was quoted as saying. “I’m starting to get very emotional about it because I feel like once they turn four, they’re not really your actual baby anymore.

But she immediately insisted she was not pregnant and had no plans to become so “until the end of the tour”.

When she asked for Grenfell Tower donations

Adele made the news again earlier this week by encouraging fans at Wembley Stadium to donate money to help those affected by the Grenfell Tower blaze.

“It’s our job as human beings to be compassionate,” she told the 98,000 present on Wednesday. “You’ll be hearing a lot more from me about [Grenfell] in the days and weeks and probably years to come.

“They’re not receiving the things we think they are,” she said the following night. “No information is getting through, people feel helpless. It’s chaos.”

Her plea followed her attendance at a vigil for victims of the fire and the visit she made – with cake – to see firefighters at Chelsea Fire Station.