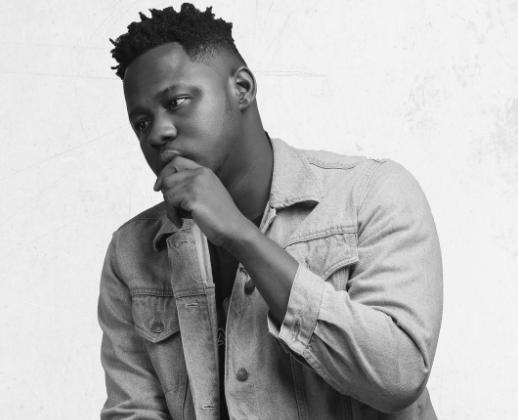 Rapper Medikal will get up close and personal with his fans for the first time at the West Hills Mall on Saturday, July 1, when he launches his maiden album Disturbation.

In addition to signing autographs and taking pictures with his fans, Medikal will also do a 30 minute live performance to entertain them.

The Disturbation album has songs such as Saa, Smallest Time, Gimme Vibe, Wetin, Come My Way, Too Risky, Yaro, Soldier and Beautiful Africa.

Speaking in an interview with Showbiz, Medikal said he cannot wait to outdoor Disturbation to his fans.

“Come let’s have fun and get interactive. I promise the first 50 fans will get free copies of the album before it drops on the market on July 7 as well as free ‘AMG Forget Everybody T-Shirts.

“We are going play FIFA Playstation game before the show commences. It’s a free show so I want to see all my fans there that day 1,” Medikal said.

“I am a just a year old in the music industry and I have had more than 30 performances on the university campuses and I give credit to my fans for accepting my music,” he said.