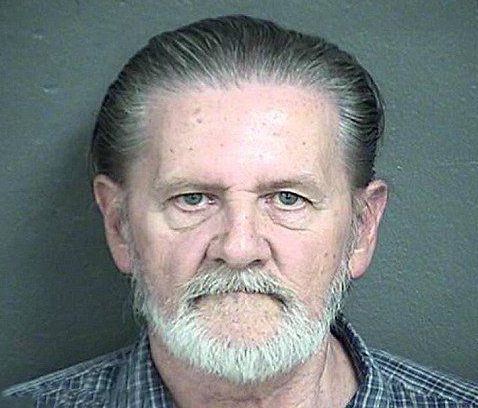 A pensioner who said he robbed a bank because he would ‘rather be in jail than with his wife’ has been sentenced to home confinement.

Lawrence Ripple revealed he had undergone heart surgery that left him feeling depressed and not his normal self before robbing the bank in Kansas City, Kansas.

His lawyer described the incident as a ‘cry for help’, while Ripple, 71, told the court: ‘I feel great now. I feel like my old self.’

Chekasha Ramsey, defending, said Ripple had lived a law-abiding life, was in a stable relationship with his wife, has four step children and is remorseful, the Kansas City Star reported.

Ramsey’s request for a lenient sentence was supported by the vice president of the Bank of Labor and the worker who Ripple frightened during the robbery.

Ripple could have been jailed for three years, but a federal judge sentenced him to six months of home confinement and 50 hours of community service.

Prior to the robbery last September, Ripple wrote a note in front of his wife telling her he would ‘rather be in jail than at home’.

He then went to the Bank of Labor and passed a note to a worker saying he had a gun and demanding money.

He had undergone a quadruple heart bypass shortly before the incident, the court heard.