A few days ago, Dj Khaled and his ‘hardworking’ toddler, Asahd Tuck Khaled, released the video to the track Wild Thoughts off the Grateful Album. He featured the sultry Rihanna and the soulful Bryson Tiller. 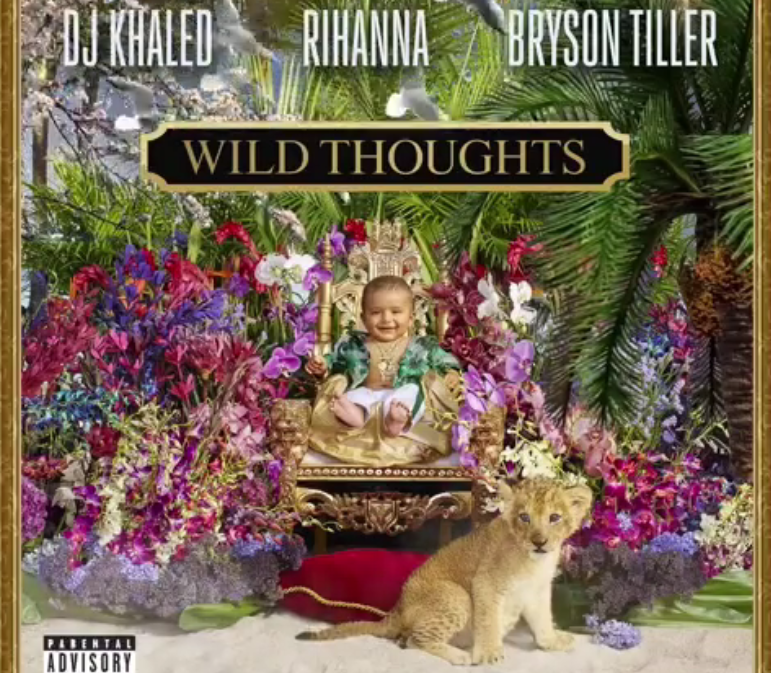 Of course we were and still are excited to have “Another One” to jam to but what many do not know especially the young ones is that, our favorite track, Wild Thoughts is actually a refix of an old song. ‘Maria Maria”  by Carlos Santana featuring The Product G&B  (Take a seat babies and let us school you).

The song was a huge hit in the year 2000 and it even won a Grammy for the the ‘Best Pop Performance By a Duo or Group With Vocal”. In 2008, Billboard compiled its list of the top 100 songs in honor of its 50th anniversary in various categories and Maria Maria came in at number 96 on the list of the Billboard All-Time Hot 100 Top Songs. It also came in at number 2 on the list of Top Billboard Hot 100 Latin Songs of All Time and Later, was named the 14th most successful song from 2000 to 2009, on the Billboard Hot 100 Songs of the Decade.

We loved and still love this classic but of course we also love Dj Khaled’s cover as well. We are allowed right? So for the babies and the cavemen who still haven’t seen Khaled’s video, watch it here and make your comparisons.