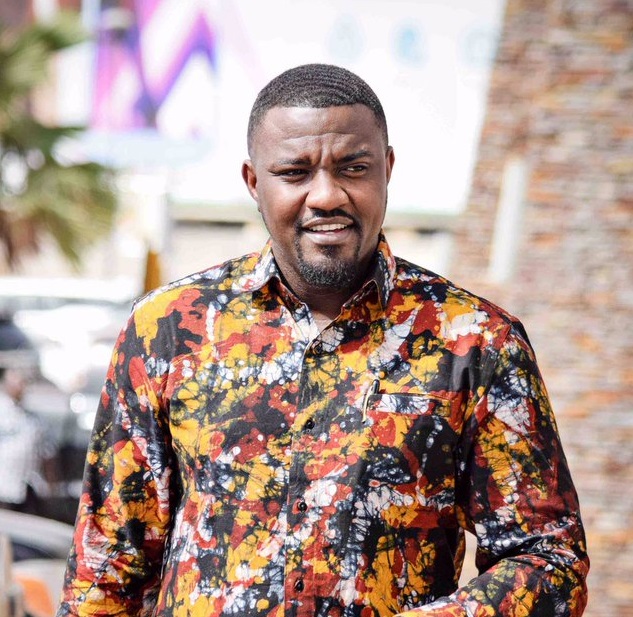 Could it be that actor, John Dumelo has spent almost GHC 2m on charity?

John Dumelo is no stranger to being publicly ridiculed. Almost each social media post of his gets people bashing him for what is it said or didn’t say.

The most recent social media bashing came from a young guy called Umar IDN Khattab who replied to John Dumelo’s tweet about his work with children.

On Monday, Dumelo posted a picture of him and a bunch of kids in the Volta Region with the caption “The future…”. In the picture, Dumelo can be seen showing something to the children on his MacBook.

However, Umar IDN Khattab who tweets with @ericetse replied to John Dumelo’s tweet saying “Your V8 could have bought more laptops so each of those kids will get one… so in “The Future” think about the kids.”

John Dumelo wouldn’t let this go so he replied Umar saying “My brother, the John Dumelo Foundation has since 2009 touched 55,000 kids across Africa. Same as buying 5 v8s.”

With the cost of a V8 averaging GHC 400,000 then yeah, John Dumelo has spent close to GHS 2m on charity in Africa.