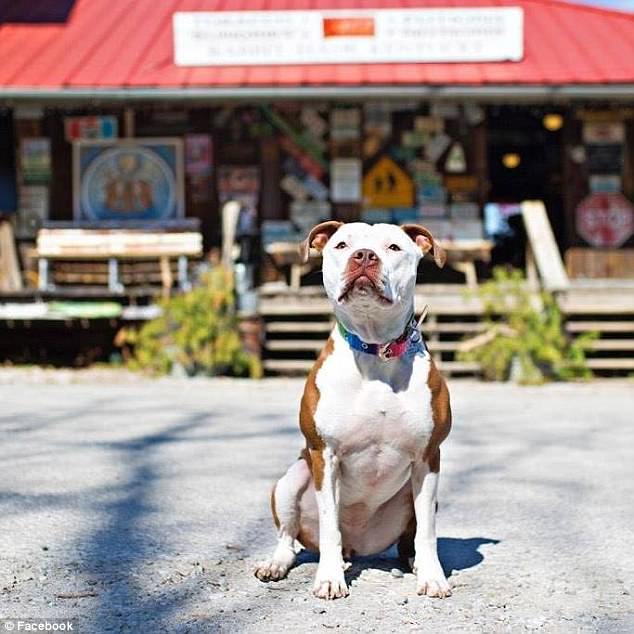 Being a mayor is a “ruff” job — but this dog, elected to the top post at a small town in Kentucky, is up to the task.

Three-year-old pit bull Brynneth Pawltro beat out a chicken, a donkey and a little boy in the mayoral election in Rabbit Hash Kentucky, the dog’s owner, Jordie Bamforth, told WDRB.

Brynneth is actually the fourth dog to be elected mayor of the town, which is so small it doesn’t even need a real mayor. The elections started in the late 1990s as a fundraiser, Bamforth told the station. Each voter is charged a dollar and allowed to vote as often as they would like.

The money from the election normally goes toward town improvements — but this year it helped repair the General Store that was severely damaged by a fire.

On the campaign trail, Bamforth said that Brynneth would help to sniff out the community’s problems.

“She has the best smile I’ve ever seen,” Bamforth said of her pup.

What Brynneth plans to do with her time in office remains to be seen.

“I don’t know, she might just go possum hunting,” said Carol Hege, who was visiting from Virginia.

Bamforth couldn’t say whether her political pet would return to the campaign trail again.

“We’ll see what politics does to her for the next four years,” she said.