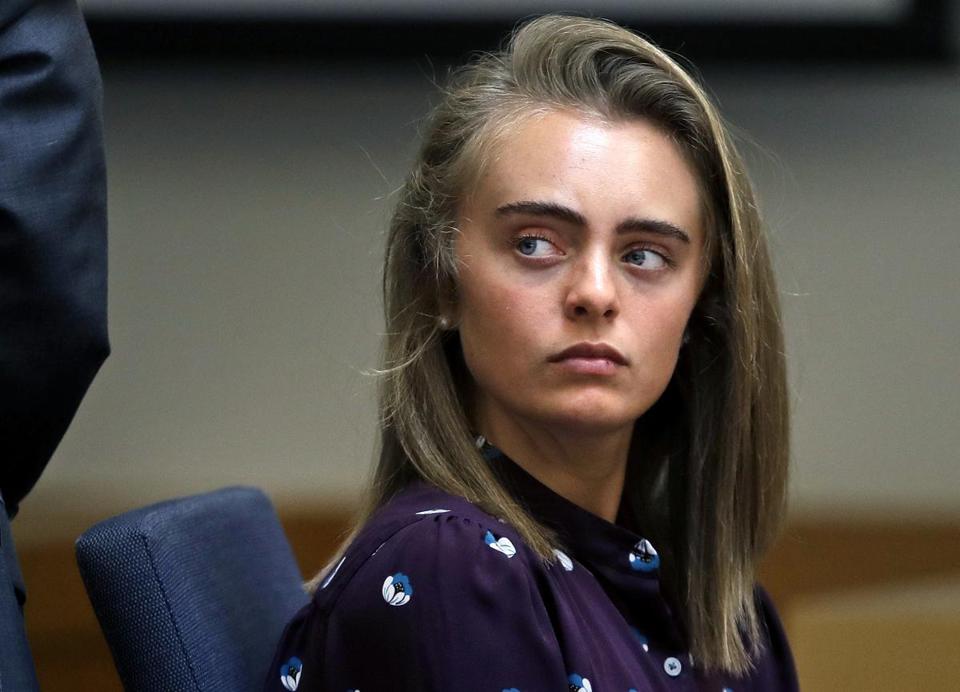 Conrad Roy, 18, known to his family as Co, poisoned himself to death with carbon monoxide in his truck in July 2014 in Massachusetts, while his girlfriend, Michelle Carter listed on the phone.

She had texted him repeatedly urging him to take his own life, then heard his last minutes on a phone call without telling him to stop, alerting his family or the authorities.

“So I guess you aren’t gonna do it then, all that for nothing. I’m just confused. Like you were so ready and determined.”

However, when Conrad in one of his replies to Michelle said “I want to [commit suicide] but I’m just freaking out for my family I guess,” Michelle urged him on saying “Conrad. I told you I’d take care of them. People who commit suicide don’t think this much. They just do it.”

Michelle has been convicted of involuntarily manslaughter and she is currently out on bail until her sentencing on August 3 when she faces the maximum sentence of 20 years.

Read Michelle and Conrad’s chats below: