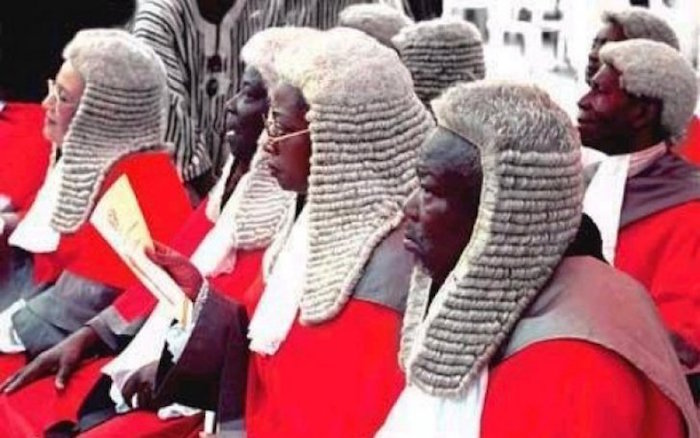 Ghana’s Supreme Court has ruled that it is unconstitutional for the General Legal Council to make it mandatory for LLB holders to write entry examinations as well as pass an interview before they are admitted to pursue their professional careers in law.

A seven-member panel of the apex court headed by Justice Jones Dotse Thursday reached the unanimous decision in an application brought before it by US-based law Professor Kwaku Asare.

The Supreme Court panel said the basic requirements stipulated by the law that regulates the establishment of the law school LI 1296, requires that an applicant to the school should have passed specific seven subjects during the LLB program, be of good behaviour and hold an LLB degree to be admitted into the Ghana School of Law. The writing of an entry exams and passing an interview are not part of the requirements in the LI 1296.

The Supreme Court panel also ordered that the General Legal Council should take steps within the next six months to implement the orders of the court.

It also edged the GLC to introduce a quota system for the admission of students by accredited law school faculties to present the huge numbers of LLB holders who get turned out from the faculties.

On October 15, 2015, Prof Asare filed a suit against the GLC and set up four issues for the Court to determine:

While the Court’s rules required the AG and GLC to have responded by October 29, 2015, they responded on January 28, 2016 and April 14, 2016 respectively. In response to the delayed Statement of Defenses, Prof. Asare, pursuant to leave granted by the Court, filed an amended statement of case on June 15, 2016. On 28th July 2016, the Court denied the plaintiff’s application to stop the GLC from holding the 2016 entrance examination.

Notwithstanding the denial of the injunction, the substantive case was not called till February 9, 2017, when the case was adjourned till March 14, 2017 when the GLC announced that it had filed an amended Statement of defense, 9 clear months after the Plaintiff’s amended statement of case.