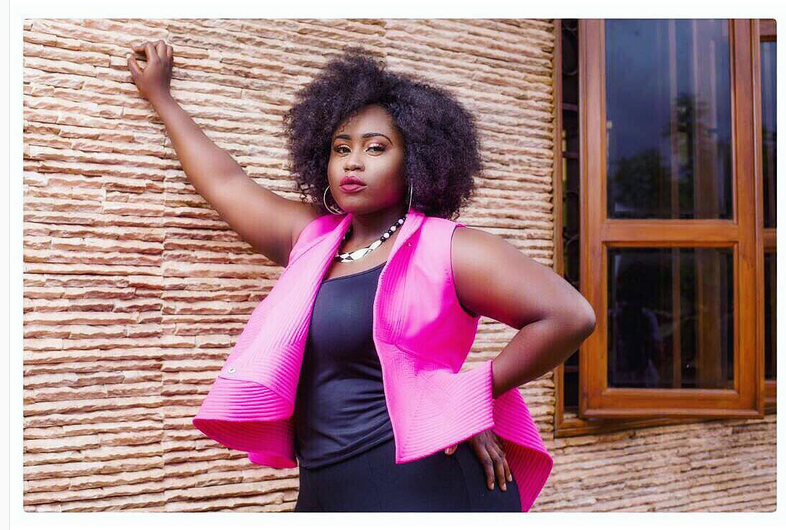 The well known and outspoken actress, Lydia Forson, took to her Instagram to pen down a letter advising feminists and schooling all who stereotype feminists and spread misconceptions. Although she made mention of no one in particular, one cannot help but wonder if this letter was in response to the self- acclaimed King of Comedy, Derick Kobinah Bonney popularly known as DKB who posted on Instagram warning women to beware of feminists.

Lydia started by calling out to fellow feminists to educate the ignorant; 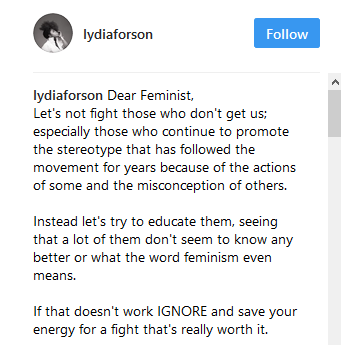 She then cleared the air about feminists hating men and marriage; 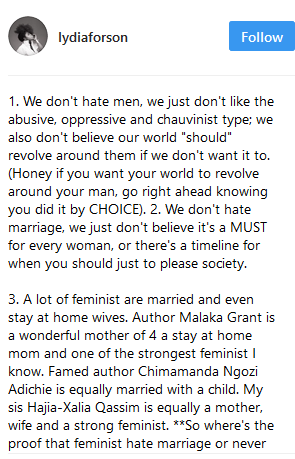 Finally, she added that feminism was not limited to women only but men were included as feminism is all about equality; 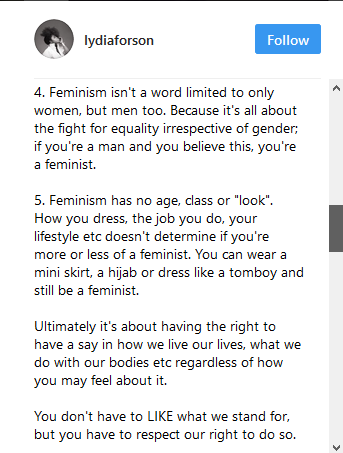 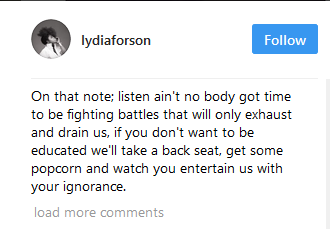