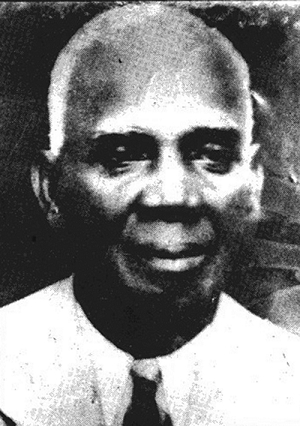 This is why corruption is endemic in Ghana.

Everybody must fight for themselves. The idea of a society caring for you is long gone.

To survive, you have to cheat the system. Being a hero is no longer a thing.

We also used to respect the elderly and the dead, what the hell happened?

If you were paying attention in Social Studies class then you would know Paa Grant. If you don’t know him don’t worry, we have a crash course here for you.

George Alfred Grant, popularly known as Paa Grant was a merchant and politician in the then Gold Coast. He has been referred to as “the father of Gold Coast politics”.

As a political activist, he was a founder and the first President of the United Gold Coast Convention (UGCC) in 1947.

Nkrumah’s later split from the UGCC to form the Convention People’s Party (CPP) did not end their relationship. The two maintained contact until Grant died in 1956, some five months before we attained independence.

Grant is a national hero by all standards and the country recognized that by naming monuments after him.

The issue today is that of his burial site. From a political hero to an alcohol sales joint.

Socrate Safo, the Director of Creative Arts, Responsible for Programmes & Projects at the Commission for National Culture paid a visit to Paa Grant’s home and his graveside.

This is what he found: