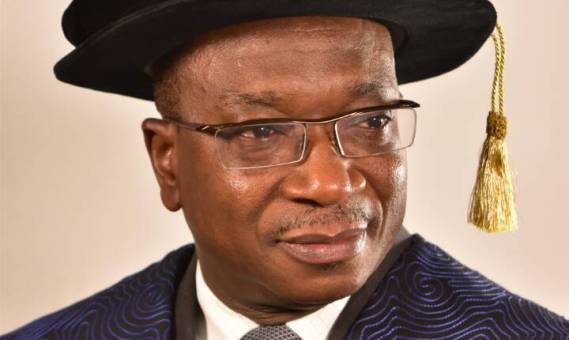 The University Council of Central University has appointed Professor Bill Buenar Puplampu as Vice-Chancellor for a five-year term.

The appointment took effect from June 1, 2017. He takes over from Professor Kwesi Yankah, who resigned early this year to take up appointment as a Minister of State in Charge of Tertiary Education.

Prior to joining Central University, Prof Puplampu was the Head of Department of Organisation and Human Resource Management (HRM) at the University of Ghana Business School (UGBS) and Chair of the UGBS EMBA programme.

The new Vice-Chancellor is an academic and a practicing Chartered Psychologist (British Psychological Society and International Association of Applied Psychology) with over 20 years of experience in business education, organisational consulting, university teaching and research. His research interests are in the areas of Employee Motivation, Leadership, Work Values, Organisational Culture and CSR.

He is also a graduate of the DAAD Deans’ Course for Africa programme on Higher Education Management.

Central University is Ghana’s biggest private university founded by the International Central Gospel Church in 1988. It currently has over 8000 students pursing 20 undergraduate and seven graduate programs with campuses in Miotso, Mateheko and Kumasi. Central University became a full-fledged university in January 2016 following the receipt of the Presidential Charter.