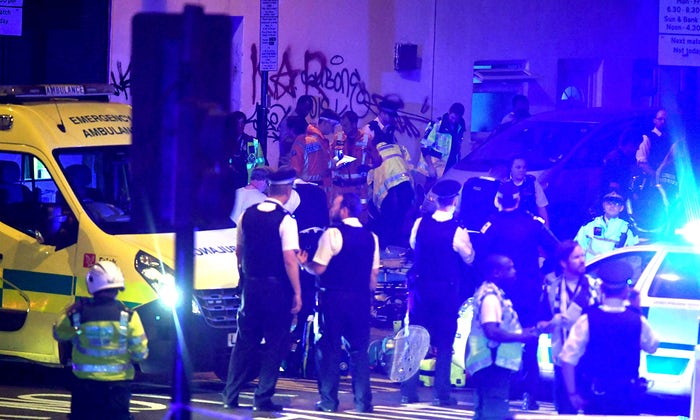 At least one person is dead and 10 others were injured when a van drove into a group of worshippers outside a London mosque Sunday night, police said.

Eight others were taken to three area hospitals and two were treated at the scene.

The driver of the van, a man aged 48, was detained by members of the public at the scene and then arrested by police in connection with the incident, authorities said. He was taken to the hospital and will be subject to a mental health evaluation.

Counter-terrorism police are investigating the incident.

The Muslim Council said in a tweet that worshippers were struck by the van leaving prayers near Finsbury Park mosque. It said its prayers are with the victims.

The Finsbury Park mosque was associated with extremist ideology for several years after the 9/11 attacks in the United States but was shut down and reorganized. It has not been associated with radical views for more than a decade.

Prime Minister Theresa May described the crash as a “terrible incident.” The statement from her office said her thoughts were with the injured, their loved ones and emergency services who responded to the scene.