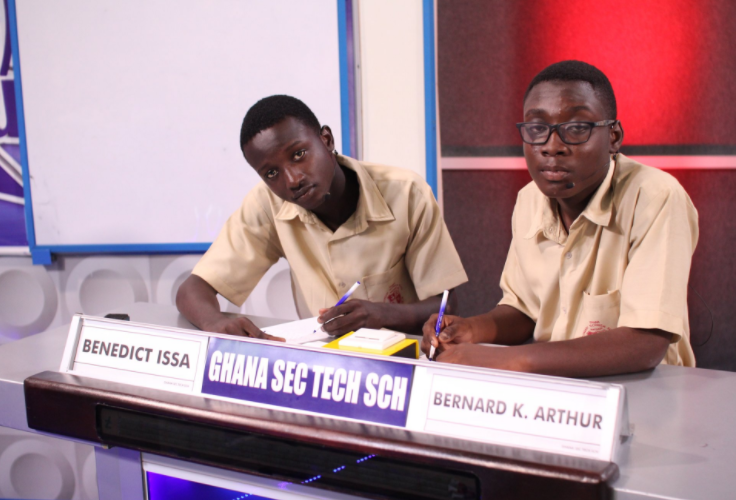 A lot of people were very disappointed yesterday when the upset they hoped for never happened.

Mfanstiman Girls’ were kicked out of the National Science and Maths competition by a “lower classed schoo”, New Juaben.

In the hearts of many, Prempeh College should have been next.

The boys, would not let this happen, Wonder Sarfo-Ansah and Daniel Osei Badu led Prempeh College to a 49 points victory ahead of  ST. Louis SHS’ 29 points and Toase SHS 22 points.

As veterans of the NSMQ themselves, the Benedict Issa and Bernard K Arthur team and ensured that GSTS advanced to the Quarter Finals of the competition. They obtained 48 points while Wesley Grammar Sch and Tepa SHS had 36 and 28 points, respectively.

For the school’s first time winning a science and maths quiz competition, Amadu Kwabena and Tambol Nkpeek Patrick must feel like heroes or historical figures.

The two fend off competition to ensure that Aduman SHS’s 35 points were enough to progress to the NSMQ quarter finals. Their competition, ST. Monica’s SHS and Presby SHSTS, Aburi were just behind with 33 and 29 points, respectively.