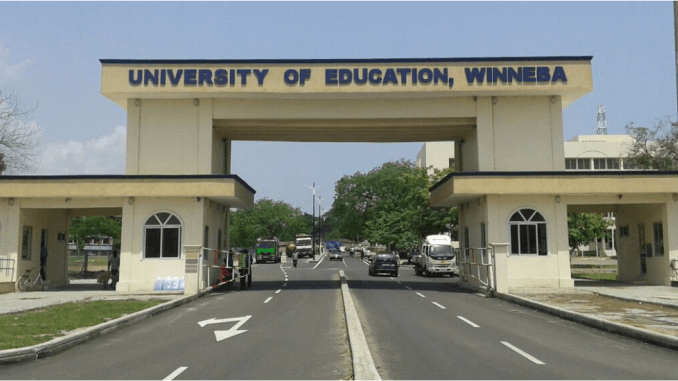 On Tuesday, 13th of June, 2017, the University of Education, Winneba issued a press statement shutting down it’s campuses after the Winneba High Court upheld the writ submitted against them by Mr. Supi Kofi Kwayera.

To make the case of the university even worse, it seems their lawyer needs a little more schooling on how the court room operates.

During a hearing of the case at the Winneba High Court, Judge Greaves, slammed the university’s lawyer, Sampson Gura, when he failed to respond appropriately to the motion of the Mr. Supi Kofi Kwayera.

The judge went on to school the lawyer on court proceedings and asked him to learn from the bench. (ouch)

Early today, the office of the Registrar released a statement to clarify what they consider as media misinterpretations of their earlier statement.

According to the school, the decision to close down the school was not a court directive but a decision taken due to the advice of the school’s legal council.

They further went on to state that no student was going to be affected since the school was on recess.

The counsel for the plaintiff, Alexander Afenyo-Markins, however described the closure of the campuses as a way of courting some unnecessary public sympathy as this was not a relief his client had stated in the writ.