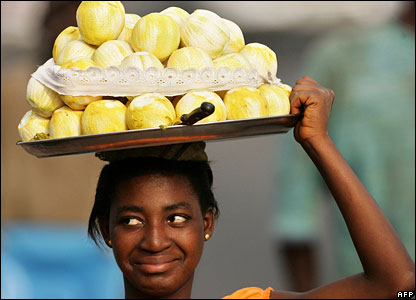 The Food and Drugs Authority has arrested two women suspected to be involved in colouring oranges to boost sales.

The FDA says the police conducted a swoop at the Madina market last Tuesday after photos and a video went viral on social media.

In the video, a woman is seen with two big bowls – one a colouring solution and the other full of ripe oranges.

She dipped the oranges in the solution and waits for some minutes for the fruit to turn deep yellow.

See Also: You Might Probably Want To Think Twice About Buying Peeled Oranges After Watching This

It is believed the colour makes the fruit eye-pleasing enough to attract customers.

FDA says the colouring is “suspicious” and condemned the practice. The officials have therefore arrested the women for questioning and possible prosecution.