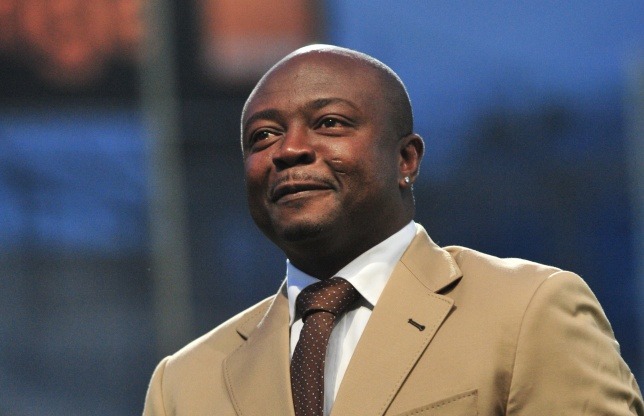 Oh, this. This is when religion goes too far?

Well, he didn’t end there, he said the senior national team the Black Stars will also be involved in a fatal plane crash in September.

This pastor became popular after his prophecy on the Kintampo waterfalls disaster in Ghana came into fruition.

The General Overseer of God’s Crown Chapel in Kumasi made this shocking claim during his preaching on radio on Wednesday morning, claiming the looming calamity was revealed to him by God.

The pastor, nicknamed Eagle Prophet, says new Ghana coach Kwesi Appiah and other members of the Ghana Football Association must approach him to avert the looming national catastrophe through the plane crash.

“There is a planned plane crash by the devil to hit the Black Stars team in September, therefore I am trying to reach the head Coach Kwesi Appiah and other officials to do the needful through God’s direction to prevent such disaster from striking the country,” he added.

The Black Stars are scheduled to travel to Congo in September for the return leg of their 2018 World Cup qualifier in Brazzaville.

He claimed former national team superstar will die from a strange sickness and needs urgent intercession prayers to save him from the impending death.

“While I was praying I saw that Ghanaians celebrating Abedi Pele but not in a good way but in a bad way so I prayed to God to save him from any unfortunate death,” Prophet Oduro Gyebi said on Abusua FM on Wednesday.

“If the nation and the family of Abedi Pele pray to God’s for intervention, the untimely death of the legendary Ghanaian football star, Abedi Pele will not happen as planned by evil people in the spiritual underworld.”

He is therefore calling on the National Peace Council and government to organize a national day of fasting and prayers for the nation to avert gorier disasters.