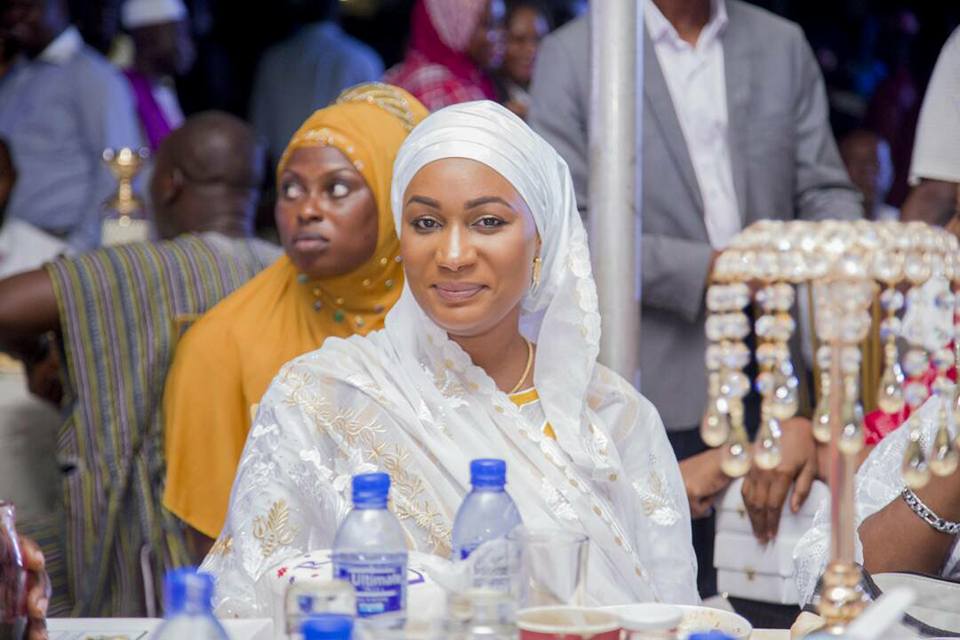 If you are in the public eye, people will find fault in every little thing you do and if you are Samira Bawumi, the wife of Dr Mahamudu Bawumia, then that’s a double dose of the problem. She is a bigger target.

It’s the month of Ramadan and Samira and her husband have been fasting as usual. The only difference this time is that they work at the Flagstaff House now so, they decided to invite other Muslims to join them break their Ramadan Fast.

This, by the way, is the first time Muslims have been officially invited to the Flagstaff House to mark the breaking of the Ramadan fast.

Samira Bawumia posted very beautiful pictures of the event on her Facebook page with the caption; “For the first time in our nation’s history, members of the Moslem community were invited to break their Ramadan fast (Iftar)at the Presidency. The event was hosted by H.E Vice President, Dr Alhaji Mahamudu Bawumia. Thank you to all those who contributed to making it a huge success. May Allah bless us all!”

You can see incredible photos of the event below:

From calling her a show off to her being out of touch with poor Muslims, see all the bashing Samira received.

The event also had at least one celebrity attendance.