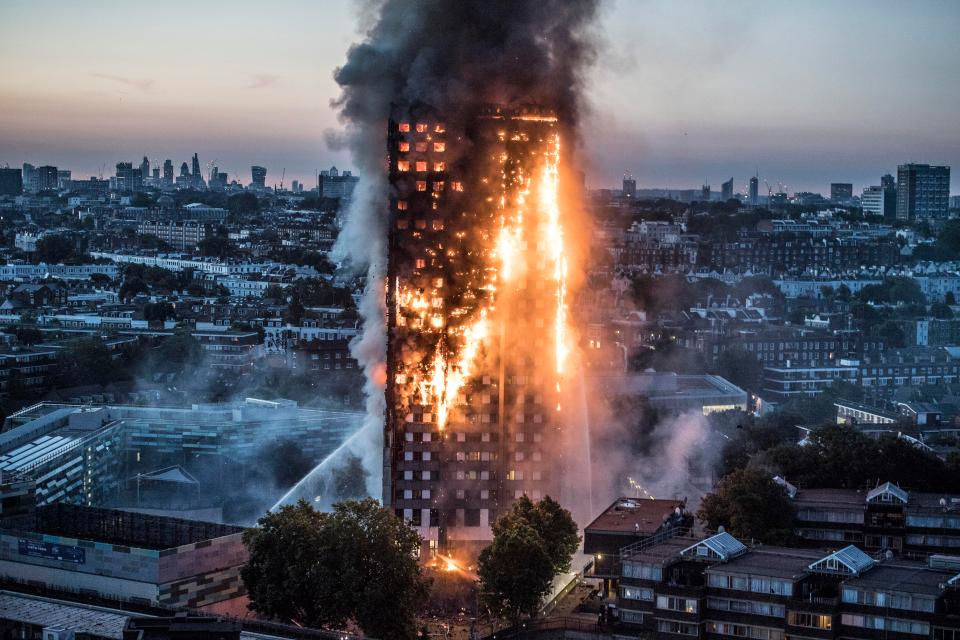 A bystander in London has been arrested by police for posting pictures of London fire victims in body bags on Facebook.

The man was led away by police after they discovered the horrifying images of a dead man in a body bag on Facebook.

The pictures show the man lying under the plastic body bag sheeting.

One of the snaps was captioned “Does anyone know this body laying outside my flat for more than two hours.”

Horrified pals then call on the social media user to call the police but he claimed there are no cops.

He faces six months jail term if he is found guilty.

However, this UK system is very different from that of Ghana.

A couple of weeks ago, social media was full of gory images of Major Maxwell Mahama who had been brutally lynched in the central.

See Also: Major Mahama: The Woman Who Raised The False Armed Robbery Alarm Has Been Dragged To Court

People just started posting images of his burnt naked body on social media much to the agony of his family.

So far, nobody has been brought to book for sharing such images on social media.

Meanwhile, the UK police is charging the man with suspicion of malicious communication.