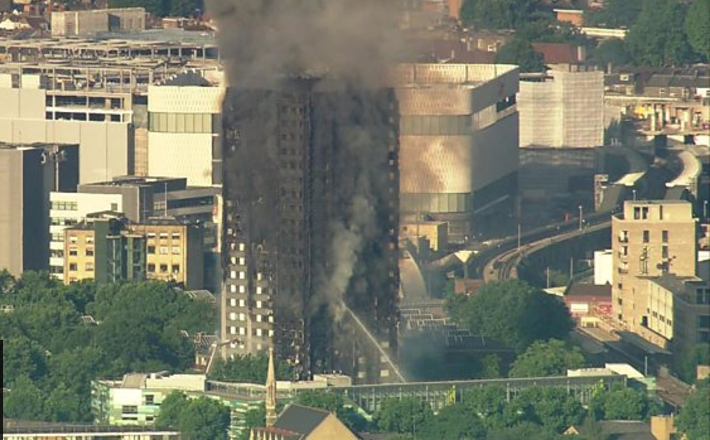 Several people have died after a huge fire raged through the night at a west London tower block, a fire chief says.

Eyewitnesses said they saw people trapped inside the burning Grenfell Tower, in north Kensington, screaming for help, and shouting for their children to be saved.

More than 50 people are being treated in hospital, says London Ambulance.

The BBC’s Andy Moore said the whole 24-storey block had been alight and there were fears the building might collapse.

Eyewitnesses said they saw lights – thought to be mobile phones or torches – flashing at the top of the block of flats, and trapped residents coming to their windows – some holding children.

The Met Police has set up an emergency number on 0800 0961 233 for anyone concerned about friends or family.

London Fire Commissioner Dany Cotton said there had been “a number of fatalities” but she could not say how many because of the “size and complexity” of the building.

“This is an unprecedented incident,” she told reporters. “In my 29 years of being a firefighter, I have never ever seen anything of this scale.”

She said the cause was not yet known.