Award-winning teen actor Abraham Attah who is currently living in the United States has returned to Ghana for his summer holidays to make another donation of Toms shoes.

This is part of the 10,000 pairs of Toms shoes that were given to him by manufacturers of the shoes line.

See Also: “It Was Amazing To Be Back And Give Shoes To My Nation”, Says Abraham Attah

The child actor was spotted wearing a Toms shoe at the 88th Academy Awards which caught the shoe company’s attention to donate 10,000 pairs of their shoes through the actor.

The first round of donation which happened around August 2016 at the Akropong School For the Blind saw Attah donate some of the shoes to the students.

The second batch, however, starts today with the actor’s tour of the Northern Region. The actor is expected to visit various schools in the region and make some donations. 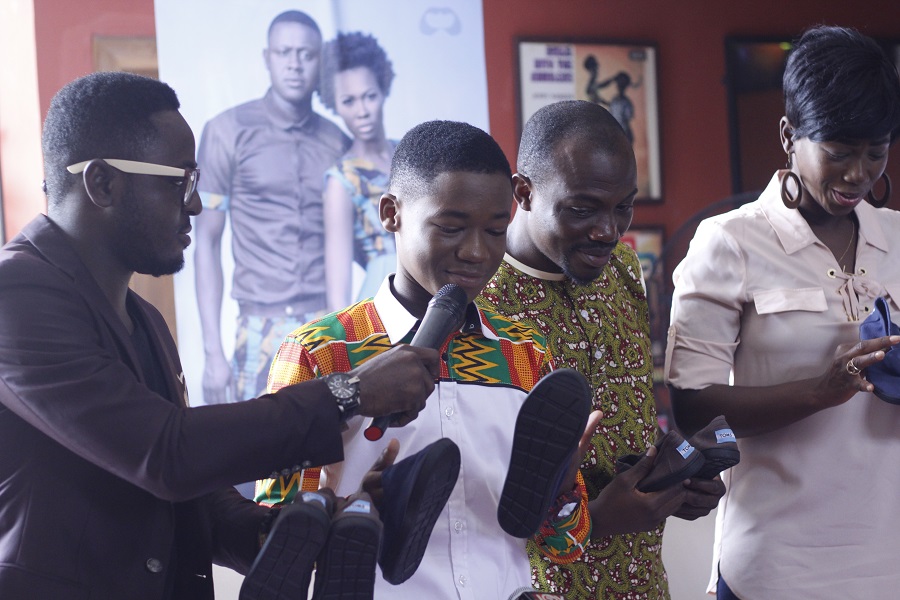 Abraham starred in Cary Fukunaga’s Beast of No Nation which gave him critical acclaim and recognition.