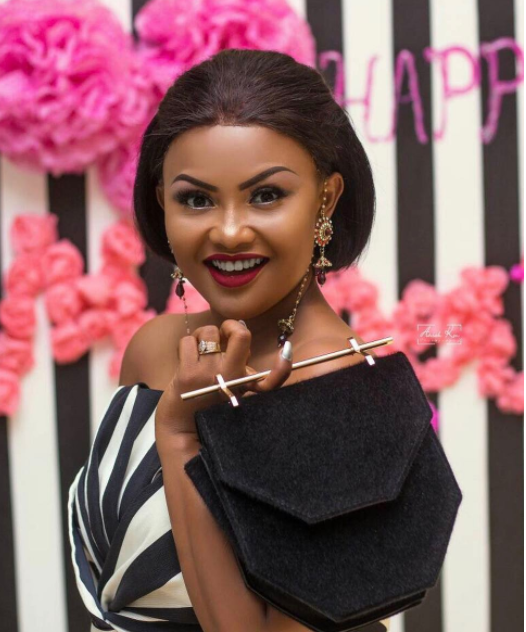 Kumawood actress, Nana Ama McBrown is as real as it gets in the business of playing pretense to earn a salary.

She is known, sometimes as the Queen of Kumawood and as she sits on her throne, Her Majesty has made a decree.

Nana Ama McBrown has warned Kumawood to desist from creating a movie on the late Major Maxwell Mahama.

Major Mahama was lynched at Denkyira-Obuasi in the Central Region two weeks ago while on early morning jogging.

The booming Kumasi-based film industry is noted for creating stories around big moments and of course controversial personalities.

For instance, the industry dominated the headlines in 2013 with the release of Supreme Court 1&2; a movie about the famous election petition case.

Others such as Atta Mortuary Man, created around a famous joke by former president Jerry Rawlings, Ama Benyiwaa and Akua Donkor have also made headlines.

With rumors circulating that the industry is about to create a movie about the late Major Mahama, actress Nana Ama McBrown totally disagrees with the idea and is calling on the movie makers to respect the deceased’s family.

“I will plead with any producer from Kumasi to please for once let us respect ourselves in this sympathetic death.

“It could be a father, it could be a husband but the unfortunate part is even if they are going to use this as a story, they will not tell it as it is.

That’s the reason why I am pleading and this should not be a story for anybody.”

She added that she will be highly disappointed if any producer tries to create a movie on the late Major Maxwell Mahama.

“Should any actor from Kumasi or should there be any script of that sort I will be very disappointed in both the producer, the actor, the director and I think it’s time that we learn a lot”.

“When I hear the name Maxwell, my heart beats because my husband is called Maxwell and I feel so much for the wife”.